Leather exports to rise 10 per cent by 2019: Chaudhary

The exports of leather goods is linked to demand in developed regions like Europe. 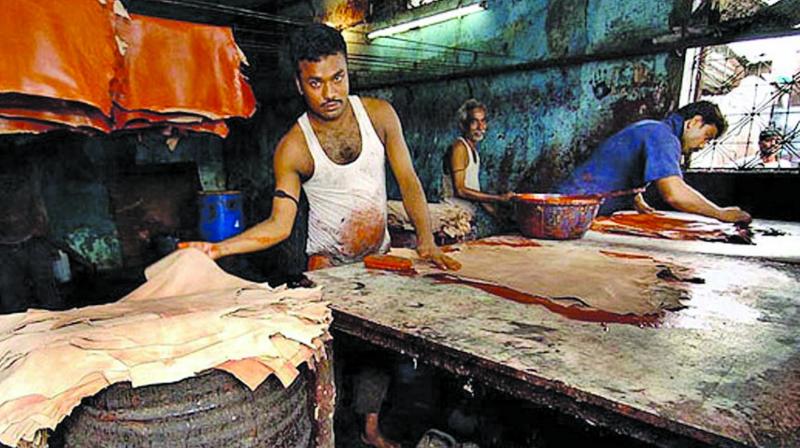 New Delhi: Leather exports and production are expected to increase by 10 per cent by 2019, Minister of State for Commerce and Industry C R Chaudhary said on Monday. India's leather exports currently stands at USD 5.66 billion.

"We are expecting that by 2019, leather exports and production would increase by 10 per cent," he told reporters here.

The minister also said that the government is taking steps to improve business environment for the sector as part of the exercise to push growth. Chaudhary further said that all Footwear Design and Development Institutes (FDDIs) would become institutes of national importance from on Monday.

The FDDI Act, which was approved by Parliament, will be implemented from Monday, he added. FDDIs will be able to give degrees, diplomas and certificates and they would also formulate their course and curriculum, he added.

The approval of the FDDI Act by Parliament in July had ended the uncertainty among the students who were not sure whether they would get degree from the institute.

The controversy with regard to the institute dates back to 2015, when the UGC, in September 2014, raised questions against the MoU between FDDI and Mewar University for grant of degree to students for the years 2012, 2013 and 2014.

In 2016, students of FDDI, Noida went on protest demanding degrees instead of diplomas. The FDDI has 12 campuses of which eight are functional.

When asked whether ban on cow slaughter and increased cow vigilantism has impacted raw material availability and exports of leather, the minister said it is not so.

The exports of leather goods is linked to demand in developed regions like Europe, he added.