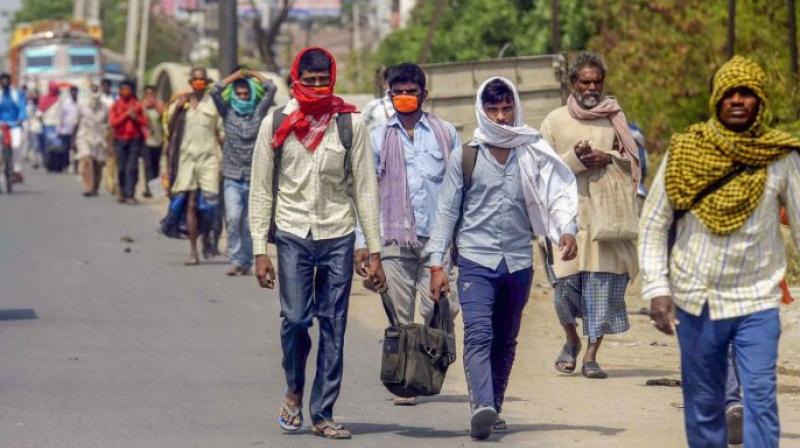 Last year, India had raised "serious reservations" over the Human Capital Index, wherein India was ranked 115 out of 157 countries. This year India finds itself at 116th from among 174 countries. (Representational Image: PTI)

Washington: India has been ranked at the 116th position in the latest edition of the World Bank's annual Human Capital Index that benchmarks key components of human capital across countries.

However, India's score increased to 0.49 from 0.44 in 2018, as per the Human Capital Index report released by the World Bank on Wednesday.

The analysis shows that pre-pandemic, most countries had made steady progress in building human capital of children, with the biggest strides made in low-income countries.

Despite this progress, and even before the effects of the pandemic, a child born in a typical country could expect to achieve just 56 per cent of their potential human capital, relative to a benchmark of complete education and full health, the Bank said.

"The pandemic puts at risk the decade's progress in building human capital, including the improvements in health, survival rates, school enrollment, and reduced stunting. The economic impact of the pandemic has been particularly deep for women and for the most disadvantaged families, leaving many vulnerable to food insecurity and poverty," said World Bank Group President David Malpass.

Protecting and investing in people is vital as countries work to lay the foundation for sustainable, inclusive recoveries and future growth.

Due to the pandemic's impact, more than 1 billion children have been out of school and could lose out, on average, half a year of schooling, adjusted for learning, translating into considerable monetary losses. Data also shows significant disruptions to essential health services for women and children, with many children missing out on crucial vaccinations.

Last year, India had raised "serious reservations" over the Human Capital Index, wherein India was ranked 115 out of 157 countries. This year India finds itself at 116th from among 174 countries.

When asked about India's objections last year, Roberta Gatti, the bank's chief economist for human development, told reporters that her team has worked with countries to improve the quality of data in order to make it a better index for everyone.

"An index is a conversation-opener, and what we have discussed with our client countries is that all that is in the index matters, but not everything that matters can be in the index," she said.

"We have worked very directly with some of our client countries to use the index as a way to improve measurement, and India was exactly one of these cases," Gatti said.

Responding to questions, Mamta Murthi, Vice President, Human Development, World Bank Group, told reporters that the Human Capital Index provides a basis on which the government of India can prioritize and a dimension to support human capital. "Given the progress that has been made in recent times, it seems significant for now due to COVID-19. The Bank is working with the Indian authorities on supporting livelihood for the poor, which is very important," she said.

World Bank President David Malpass said that the coronavirus has deepened inequality globally, in addition to increasing poverty and distress. "We're working with countries to try to protect people during the crisis and also invest in them so that we can see the recovery and lay a foundation for future inclusive growth," he said.

"The impact of COVID-19, on developing countries particularly has been hard," Malpass said adding that "there is the collapse of the formal and informal market, and also there is a very limited social safety net. The World Bank," he said, "estimates a 12 per cent drop in employment."

There has been major decline in remittances and total income is going down by 11 or 12 per cent. All this, he said is likely to have a disproportionate effect on the poor and on women. India, he said is having "severe impact" of COVID-19.

He further said, "countries are increasingly reporting declines in essential health services. Eighty million children are missing out on essential vaccinations. Most children, within more than a billion children, have been out of school due to COVID. And that could lose as much as USD 10 trillion in lifetime earnings because of the reduced learning, the school closing and the potential for dropping out of school and the disproportionate impact on girls".

Malpass said that the World Bank is trying to work to restart the learning process, including by helping countries secure access to equipment, assisting in reopening, and with distance learning.