Meanwhile, the country received 604.8 mm rainfall as of Friday, against the normal of 595.7 mm, which is an excess of 2 per cent. 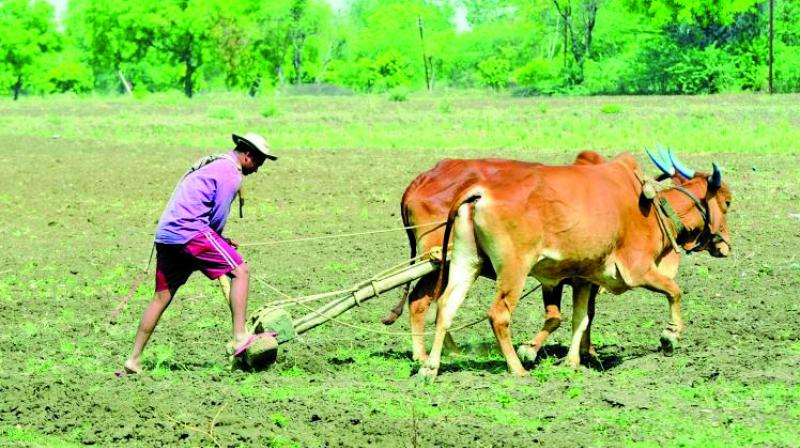 The rains in the monsoon are critical for the farm output and the economic growth as the agricultural sector forms about 15 per cent of India’s $2.6 trillion economy.

PUNE: On Friday, monsoon in the country reached 2 per cent above normal for the period of June 1 to August 16, facilitating the sowing of Kharif crops but large parts of India continue to reel under scarce rains, impacting agriculture, particularly in the East and to some extent in the North-West India.

However, rains in the week through August 14 were above average for the third straight week, speeding up delayed sowing of Kharif crops over large swathes of land.

The India Met Department on Friday said many parts of North-West India will continue to witness varyingly heavy to very rainfall for the next three to five days as the land-based monsoon trough, the spine of the monsoon, remains active over the region.

The government agency has forecast widespread rainfall with isolated heavy to very heavy and extremely heavy falls are very likely over Rajasthan during the next two days.

The IMD sees fairly widespread to widespread rainfall with isolated heavy to very heavy falls over the hills of North-West, Punjab, Haryana, Chandigarh, Delhi and West UP mainly on Saturday and Sunday.

Meanwhile, the country received 604.8 mm rainfall as of Friday, against the normal of 595.7 mm, which is an excess of 2 per cent. However, this is the result mostly of heavy rainfall concentrated along the Western Ghats and Central India.

The monsoon fury during the last two weeks ravaged parts of Kerala, Karnataka and Maharashtra, killing more than 200 people and causing large-scale destruction.

But eastern states including Jharkhand, Bihar and West Bengal as well as parts of western UP remain rain-deficient.

The four-month monsoon rains from June to September are the lifeblood of India’s $2.6 trillion economy, spurring farm output and boosting rural spending to buy goods from phones, refrigerators to automobiles and tractors.

The widening regional gap has been a major characteristic of the ongoing monsoon. Cumulatively, 84 per cent of the country’s areas have received above normal rainfall and the remaining 16 per cent remain rain-deficient, according to the IMD.

While the Konkan-Goa region and Madhya Maharashtra faced incessant heavy rains, the eastern districts of Marathwada and Vidarbha have remained relatively dry.

At least 15 of the 35 districts of Tamil Nadu are witnessing a deficit, while four — Nilgiri, Tirupur, Teni and Tirunelveli — have recorded up to 80 per cent excess rains. Stark variations were also recorded in Uttar Pradesh, where the western districts are rain deficit.

According to the IMD, as many as 20 of the total 36 sub-divisions have witnessed normal rains this season, but rainfall remains deficient in eight others — Jharkhand, West Bengal, Rayalaseema, Haryana, West UP, Uttrakhand, Marathwada and Himachal Pradesh.

“The country as a whole has received 2 per cent above rains till today,” A.K. Srivastava, director at National Climate Centre of India Meteorological Department (IMD) at Pune told Financial Chronicle.

He said although some areas of some districts were flooded, the continuous rains in the last three weeks speeded up sowing of Kharif crops.

The rains in the monsoon  are critical for the farm output and the economic growth as the agricultural sector forms about 15 per cent of India’s $2.6 trillion economy.