Business   In Other News  17 Aug 2018  Banks set to come out of PCA framework this year
Business, In Other News

Banks set to come out of PCA framework this year

As many as 11 out of 21 banks are under the watch list of the Reserve Bank of India (RBI). 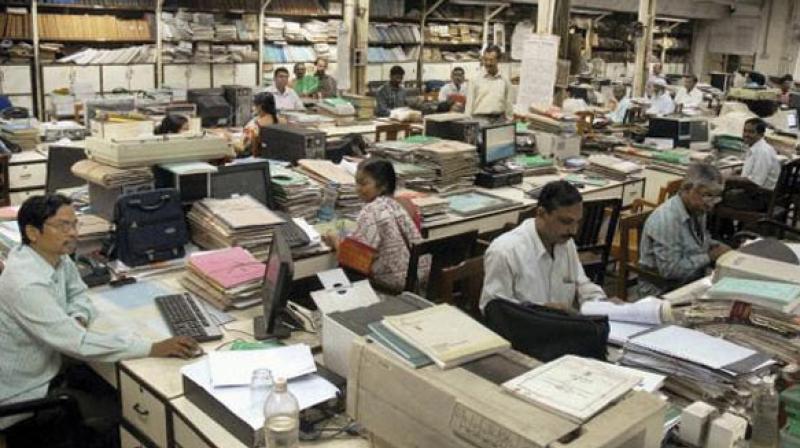 Banks have made recovery of Rs 36,551 crore during the first quarter registering a 49 per cent growth over the last financial year.

New Delhi: Asserting that the worst is behind for state-owned lenders, financial services secretary Rajiv Kumar on Thursday expressed hope that the banks would come out of the prompt corrective action (PCA) framework this financial year.

As many as 11 out of 21 banks are under the watch list of the Reserve Bank of India (RBI). Of these, two banks – Dena Bank and Allahabad Bank – are facing restriction on expansion of business.

Various measures taken by the government including implementation of the Insolvency and Bankruptcy Code (IBC) has yielded good results in terms of reining bad loans and increasing recovery, he told reporters here.

Noting that the resurgent public sector banks are growth engines, Kumar said, “cleaning of balance sheets has put worst behind. Banks have made recovery of Rs 36,551 crore during the first quarter registering a 49 per cent growth over the last financial year.”

At the same time, operating profit has risen by 11.5 per cent while losses fell 73.5 per cent on quarter on quarter basis, he said, adding asset quality has been addressed through falling NPA (non-performing asset) slippage.

The provision coverage ratio of banks has reached a healthy level of 63.8 per cent, he added. With all these efforts, he said, “I am sure the banks will come out of the prompt corrective action this financial year”.

The resolve of government is extremely clear that every stakeholder has to be responsible, he said. “Those who are not prudently behaving will have to face the consequences. The NPAs are also decreasing. Credit growth is simultaneously taking place,” he said.

With regard to capital, he said, "as and when they (banks) require. Some of it has already been given. As recoveries are taking place, there is possibility that some banks will not need it. As of now there is nobody breaching the regulatory norms. We are committed to maintain their regulatory capital."

NPAs are by and large recognised, provisioning by and large made, the recoveries are on its course through NCLT and outside it, he said, adding, the creditor-debtor relationship is under tremendous change.

The Reserve Bank of India (RBI) has issued a Prompt Corrective Action (PCA) framework to maintain sound financial health of banks. It facilitates banks in breach of risk thresholds for identified areas of monitoring, viz., capital, asset quality (which is tracked in terms of the net non-performing assets ratio) and profitability, to take corrective measures in a timely manner, in order to restore their financial health. Thus, it is intended to encourage banks to eschew certain riskier activities, improve operational efficiency and focus on conserving capital to strengthen them.

The framework is not intended to constrain the performance of normal operations of the banks for the general public. RBI has placed eleven public sector banks – Dena Bank, Central Bank of India, Bank of Maharashtra, UCO Bank, IDBI Bank, Oriental Bank of Commerce, Indian Overseas Bank, Corporation Bank, Bank of India, Allahabad Bank and United Bank of India – under the PCA framework.

Meanwhile, according to latest Reserve Bank of India data, released on Thursday, bank credit grew 12.70 per cent to Rs 86,79,741 crore in the fortnight to August 3. In the year-ago fortnight, bank advances was at Rs 77,01,926 crore.

The increase in advances in the reporting fortnight was higher than the growth registered in the previous fortnight ending July 20 when it had risen by 12.44 per cent to Rs 86,13,164 crore.

In June, the non-food credit rose 11.1 per cent as against 4.8 per cent in the same month last year.