Business   In Other News  17 Jul 2020  Step up now or pay price later: UN aid chief to G20 on coronavirus support
Business, In Other News

So far, Lowcock said, the United Nations has only received $1.7 billion 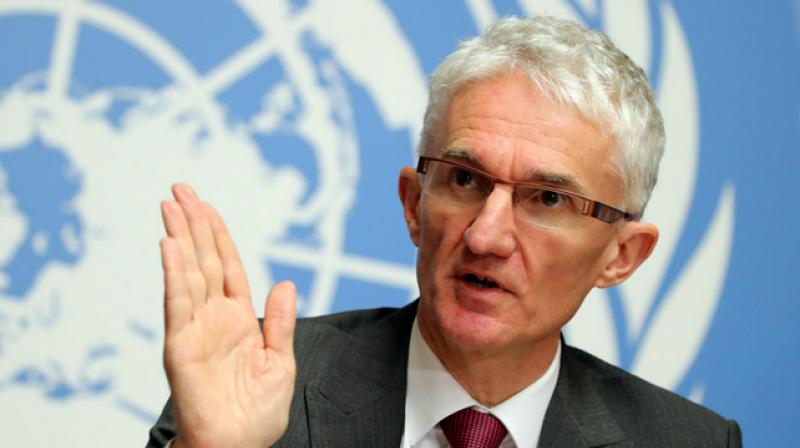 As finance ministers from the Group of 20 major economies prepare to meet virtually on Saturday, Lowcock told reporters: “The message to the G20 is step up now or pay the price later.”

So far, Lowcock said, the United Nations has only received $1.7 billion.

The United Nations increased its humanitarian appeal by more than a third to $10.3 billion to help 63 states, mainly in Africa and Latin America, tackle the spread and destabilizing effects of the coronavirus. This is up from the world body’s initial $2 billion request in March, then $6.7 billion in May.

The coronavirus has infected at least 13.6 million people and there have been more than 584,000 known deaths worldwide, according to a Reuters tally. The United Nations has warned that if action is not taken, the pandemic and associated global recession will trigger an increase in global poverty for the first time since 1990 and push 265 million people to the brink of starvation.

“The response so far of wealthy nations, who’ve rightly thrown out the fiscal and monetary rule books to protect their own people and economies, the response that they’ve made to the situations in other countries has been grossly inadequate and that’s dangerously shortsighted,” Lowcock said.

Lowcock added he had lobbied U.S. lawmakers for funding earlier this week. A House of Representatives committee has proposed $10 billion in international aid. So far, Congress has provided $2.4 billion in emergency foreign aid.

In May, China’s President Xi Jinping pledged $2 billion to help deal with the coronavirus and economic and social development in affected countries, especially developing states.

Lowcock said he would “very much welcome it if some significant proportion of those resources could be used directly to support the global humanitarian response plan.”