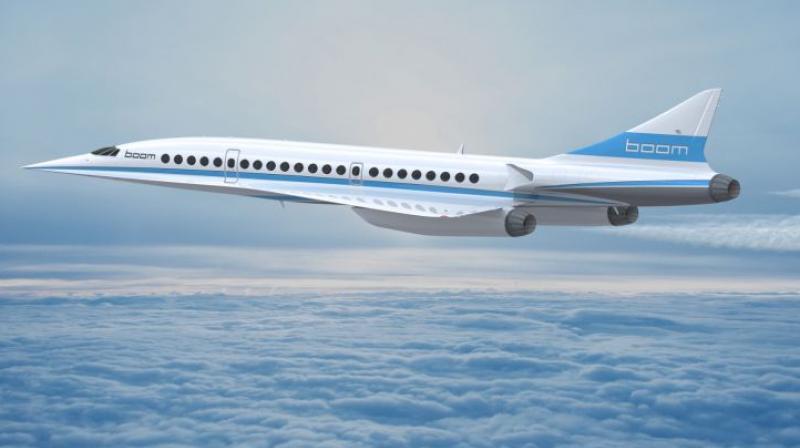 Reviving supersonic passenger flights will harm the environment as the jets will not likely be able to comply with existing fuel efficiency, pollution and noise standards for subsonic aircraft, according to a study released on Tuesday.

Reviving supersonic passenger flights will harm the environment as the jets will not likely be able to comply with existing fuel efficiency, pollution and noise standards for subsonic aircraft, according to a study released on Tuesday.

US based startups Aerion Supersonic, Boom Supersonic and Spike Aerospace are all aiming to revive ultra-fast flights by the mid-2020s by modifying existing engines rather than spending billions of dollars to make a new one to serve a market that has been dormant since Concorde stopped flying in 2003.

Modified engines will burn five-to-seven times more fuel per passenger than subsonic jets, exceed global limits for new subsonic jets by 40 per cent for nitrogen oxide and 70 per cent for carbon dioxide, the International Council on Clean Transportation (ICCT) said.

The ICCT said, based on its study, supersonic jet makers would be unlikely to meet environmental standards unless they used a new engine design with technology like a variable cycle that would operate differently at take-off than in cruise mode.

The alternative is for policymakers to ease standards for supersonic jets, the ICCT adds.

The United States is already pushing for different standards for ultra-fast planes but facing resistance from European nations that want tough rules on noise.

“There are reasons to be worried about the environmental impact of reintroducing supersonic aircraft,” said Daniel Rutherford, aviation director at the US-based independent non-profit research organization.

“A modest first step is for manufacturers to commit to meeting existing standards for new aircraft,” added Rutherford, a co-author of the ICCT study.

But finding an efficient engine for supersonic jets is tough in an industry that has for decades been catering to subsonic planes by improving fuel efficiency, expanding range and reducing noise through the use of larger fans.

Supersonic jets are most efficient at cruising altitude with smaller engines that are far noisier on takeoff, like those on fighter jets or old 727s that do not meet modern airport noise standards. Smaller engines help reduce aerodynamic drag when flying above mach speed - the speed of sound.

Lockheed Martin Corp-backed Aerion has selected a GE engine core used in F-16 fighter jets and Boeing Co 737s as the basis for the engine on its planned jet, which will have a top speed of Mach 1.4.

Boom and Spike, which plan top speeds of Mach 2.2 and Mach 1.6 respectively, have yet to select engines.

“Even if you built something new, I think you are going to be struggling,” said Daniel Edgington-Mitchell, an aerospace engineering lecturer at Melbourne’s Monash University.

“I think that is why there is such a push in the United States to reconsider the standards particularly for supersonic aircraft because it is just going to be really difficult.”