Business   In Other News  16 Oct 2018  India readies oil strategy as US sanctions on Iran near
Business, In Other News

India readies oil strategy as US sanctions on Iran near

Fresh assurances were given that oil supplies would not be an issue in the case of India. 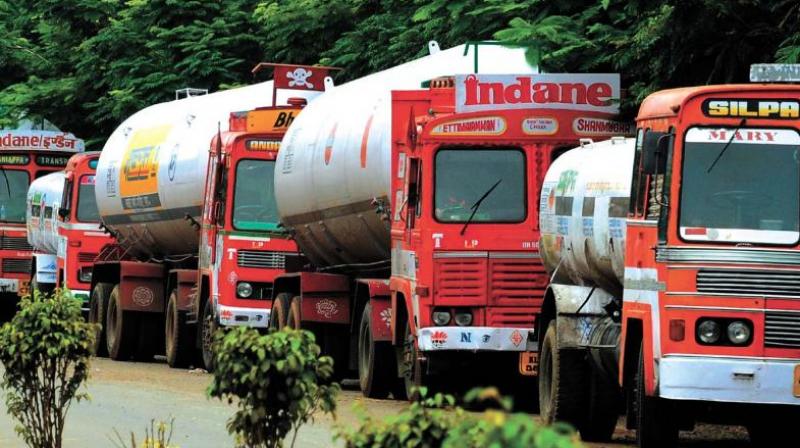 India has devised an alternate oil sourcing strategy to counterbalance the full might of US sanctions as and when they come into force if New Delhi continues to buy crude from Iran post-November 4.

New Delhi: India has devised an alternate oil sourcing strategy to counterbalance the full might of US sanctions as and when they come into force if New Delhi continues to buy crude from Iran post-November 4.

As per the plan, state-owned oil companies, including Indian Oil Corporation (IOC), propose to fully utilise their optional volumes built in their annual crude oil purchase contracts with suppliers such as Saudi Arabia and Iraq to make up for any shortfall in supplies from the sanctions-hit Islamic nation.

At a meeting between heads of oil companies and a few ministers from West Asian countries and Indian petroleum minister Dharmendra Pradhan on Monday, fresh assurances were given that oil supplies would not be an issue in the case of India.

Also, India has so far imported close to 8 million tonnes of oil and aims to complete about 70 per cent of Iranian oil imports before November. This will give a cushion till January by when clarity on any waiver from the US or promise of additional oil at concessional rates is expected.

India imports close to 10 per cent of its crude oil needs from Iran. But imports from Iran have already declined in FY18 to 22.6 million tonnes (mt) from a level of 27.2 mt in FY17. This could continue even in FY19. “We have optional volumes built in with all our term suppliers.

These optional volumes can be taken at any time of the year and would be more than sufficient to make up for any shortfall that may arise because of US sanctions against Iran,” said an official of a public sector refiner.

India, the world’s third-biggest oil consumer, meets more than 80 per cent of its oil needs through imports. Iran is its third-largest supplier after Iraq and Saudi Arabia. The US sanctions against Iran oil sector kick in from November 4 and will block all payment routes to the Persian Gulf nation.

Officials said supplies from Iran would not be a problem till month-end, leaving only five months of contracted supplies at risk. Those volumes can be easily covered by exercising optional volumes available in contracts with Saudi Arabia, Iraq and other suppliers. Also, accelerated imports from Iran would also prevent any major shortage from developing.

Oil companies are also confident that their refineries would not suffer even if Iranian oil imports were to completely stop. But New Delhi is keen to continue buying oil from its traditional ally. In this regard, India is also looking to adopt the same strategy as it did prior to 2015 when the West-imposed sanction on Iran affected oil supplies.