Business   In Other News  16 May 2018  Ahluwalia takes charge as MoS for electronics and IT
Business, In Other News

Ahluwalia takes charge as MoS for electronics and IT

Ahluwalia was earlier serving as MoS for Drinking Water and Sanitation. 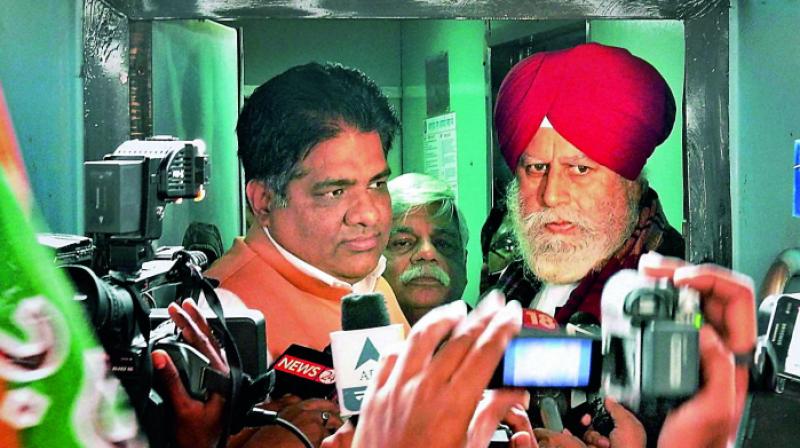 S S Ahluwalia on Wednesday said it is important that workplaces enable digital and paperless systems to help provide a carbon-free society to coming generations.

New Delhi: Minister of State (MoS) for Electronics and IT S S Ahluwalia on Wednesday said it is important that workplaces enable digital and paperless systems to help provide a carbon-free society to coming generations.

The minister, who took charge of his new office on Wednesday, said he will work towards expansion of the government's Digital India initiatives. Ahluwalia was earlier serving as MoS for Drinking Water and Sanitation and has been assigned the new role as part of the recent Cabinet reshuffle.

"I feel that digital, paperless offices will contribute a lot to the society...We will be able to give a carbon-free society to our future generations," he told reporters here.

He highlighted the important role played by information and communications technology (ICT), referring to it as the 'spine' that plays critical role in the well-being of individuals. Ahluwalia was elected to Rajya Sabha in 1986 and since then, has undertaken a variety of roles across ministries like agriculture and parliamentary affairs.

Asked if the new mandate would be challenging, Ahluwalia said he likes taking on such roles. "I am the only one in my family in 14 generations to become a politician, most others are technocrats...I take on everything as a challenge," he said.