Business   In Other News  16 May 2017  New IIP data indicates growth under UPA’s rule
Business, In Other News

What is disconcerting is that nothing is being done or is seen to be done about encouraging private investment which could generate jobs. 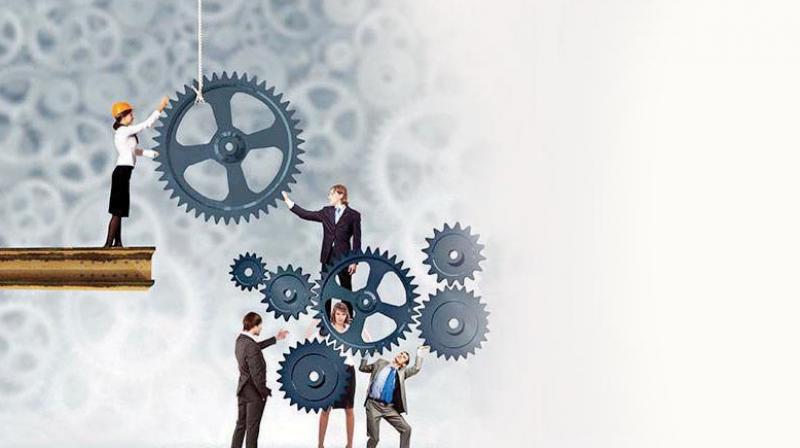 The New IIP shows that growth in capital goods is still sluggish. Capital goods production indicate factories humming with activity which in turn reflects the presence of demand.

Mumbai: There is much interest over the new method in which the Index of Industrial Production (IIP) has been arrived at specially since it has revealed that contrary to the general belief, manufacturing output was not affected by the demonetisation exercise that had created chaos due to the cash crunch.

This may or may not be the case as balance sheets of several companies did show profits and did not seem to be affected by the cash crunch. But it does indicate that there has been more production than was generally thought.

To this extent a byproduct of the new IIP figures was that maybe the Manmohan Singh government didn’t do so badly after all. His government was accused of dithering on decision making among other things and that there was hardly any growth during his regime. The new IIP indicate there was growth.

The government also introduced the seventh revision in the Wholesale Price Index (WPI) with base year 2011-12 so the new WPI series is now comparable with gross domestic product, consumer price index and the new IIP that includes items of daily consumption apart from paan masala and gutka, which shows that households are eating better and a wider range of food and fruits and vegetables. like radish, carrot, cucumber, bitter gourd, mosambi, pear, pomegranate, jackfruit, etc., have been included. Natural gas has also been added and this is timely as the government has promised that every household below the poverty line will get LPG connections.

It was time for this change as society and people’s habits and possessions have transformed over the years and items like videos and CDs are passé.
Whilst all this is welcome the disturbing aspect of the new IIP is that it shows that growth in capital goods is still sluggish. Capital goods production indicate factories humming with activity which in turn reflects the presence of demand and investment. And this investment has not happened and has not been happening for the last several quarters.

Earlier, it was thought that the private sector was not investing as several companies were highly leveraged with debt and that there was a huge idle capacity. What is more disconcerting is that nothing is being done or is seen to be done about encouraging private investment which could generate jobs. There is no serious concern about this. Normally government investment is followed by private investment. The economy is dependent more on government investment in infrastructure and other sectors.

Investment creates jobs. The Prime Minister Narendra Modi in his election speeches had promised millions of jobs and this was a big attraction for the youth who voted for him enthusiastically. But two and a half years later there are no signs of these millions of jobs. The last count indicated that about 10 lakh jobs had been created mostly by public sector enterprises like the railways.

This has also been borne out by the new IIP figures which are more pervasive and yet reveal very little on job creation. It is only the manufacturing and services sectors that can provide the jobs required for the millions of students leaving schools and colleges each year.