India’s IT spend to grow 6.7 per cent 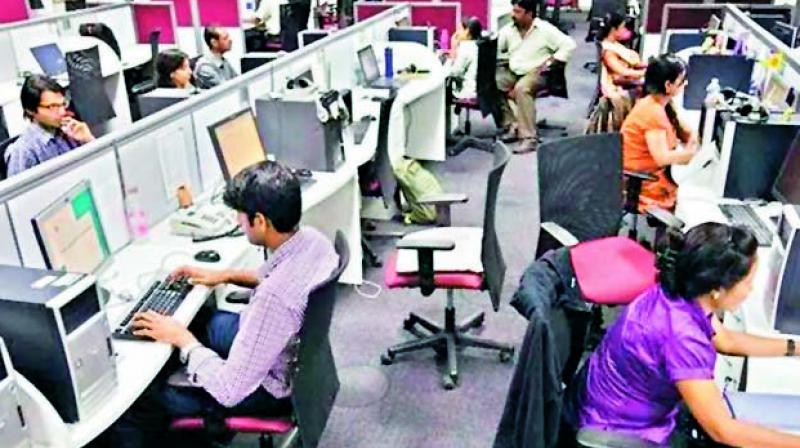 Research firm Gartner, which came up with the estimate, has pegged the 2018 IT spends growth to come at 4.5 per cent.

Mumbai: Information technology (IT) spending in India will grow at 6.7 per cent in 2019 to $89.2 billion, driven by digital transformation investments by both public and private entities, a report said Wednesday.

Research firm Gartner, which came up with the estimate, has pegged the 2018 IT spends growth to come at 4.5 per cent.

The spends on IT will continue to be driven by digital transformation by both the private and public sector which have become adaptive to business model change and bring new practices, develop new capabilities and create new ways to succeed in the digital world, it said.

From a segmental perspective, spends will be highest at $33.014 billion in devices, which is estimated to grow at 7.4 per cent, it said, followed by $30.585 billion in the communication services segment (2.1 per cent growth) and $15.706 billion (13.5 per cent growth) in the IT services, according to Gartner.

“Mobile phones are contributing to the growth in the (devices) segment, and their growth is led by the continued shift from feature phones to smartphones,” said Ganesh Ramamoorthy, managing vice-president, Gartner.

He said the increasing demand for quality mobile phones has led to the rising average selling price of mobile phones in India, positioning India as having the third-fastest device market growth, behind Indonesia and South Africa.

After a decline of 1.5 per cent in 2018, spends on communication services are also expected to improve. Among other segments, enterprise software spends are estimated to grow 12.9 per cent to $6.306 billion on companies’ focus on customer service and the software as a service market, it said.

The IT services segment will record the fastest growth at 13.5 per cent to $15.706 billion, led by business process outsourcing and consulting services, it added.

Partha Iyengar, distinguished analyst and vice-president of research at Gartner, said the IT buying pattern in India signals the increased use of cloud services by organisations. “Instead of buying their own servers, organisations are turning to the cloud.

As organisations continue their digital transformation efforts, shifting to ‘pay for use’ will continue,” he added.