Technological disruptions coupled with the evolution of content offering has turned the tables completely. 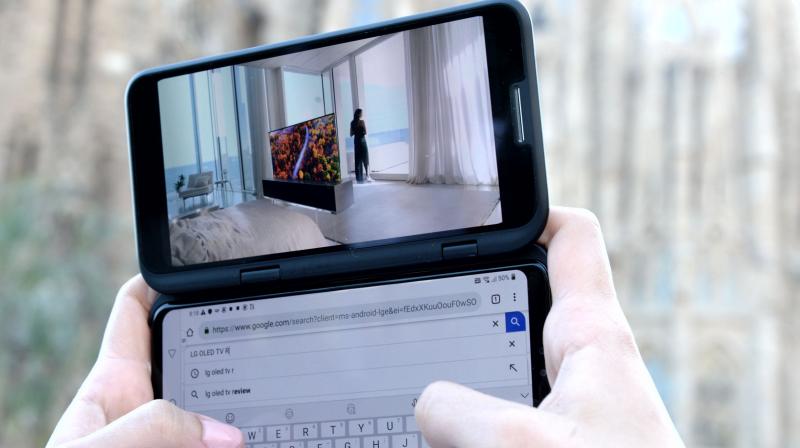 Many fitness and beauty experts have also turned up in good numbers on short-form video platforms such as Likee, TikTok, and others.

As millennials, we have probably heard a lot from our parents about how they would 'wait' for their favorite TV shows such as 'Chitrahaar' and 'Hum Log' to be broadcasted at their scheduled timings. Watching TV then was among the few sources of entertainment, and it was also the ultimate "family time" for a large number of people. As time progressed into the 21st century, technological disruptions coupled with the evolution of content offering has turned the tables completely; because today consumers have the discretion to watch any content they prefer, at a time of their choice.

Here, we are not referring to prime time TV shows like Bigg Boss, Nagin, or others because TV is not the only source of entertainment anymore. Today, global OTT platforms such as Netflix, Amazon Prime, Hot Star, and others are changing the way we consume content. As these platforms compete with each other to disrupt the entertainment market further, UGC (User Generated Content) platforms in the form of short videos and live streaming apps are witnessing a steep growth and pan India popularity.

A recent study on online video consumption in India suggested that the country's Video Streaming Industry will grow at a rate of CAGR 21.82 per cent to reach Rs. 11,977 crore by 2023. Another report by Zinnov throw mind-boggling figures on online content consumption pattern in India; the report said 68 per cent of Indians preferred video-based content, 40 per cent preferred user-generated content and 60 per cent preferred professional content. Apps from global internet companies such as Facebook Inc. Alphabet (Google), Bytedance and Bigo Technology are already among the top 10 most downloaded apps worldwide.

The opportunity in the diverse Indian market is well realized by global brands and investors. Companies like Alibaba and  BIGO Technology have announced an investment of $100mn each for the Indian Segment. Similarly, Bytedance has announced an investment of $ 1bn for the Indian Market. This influx of funds together with the growing commitment of prominent players is gearing up other companies to fine-tune their offerings and stay relevant for the user segment. The recent example is Threads by Instagram which customizes the whole content sharing experience and gives more control to its users or content creators.

The rise of video-led social platforms

The definition of entertainment is in flux and continuously evolving. The extraordinary growth and widespread adoption of short-video and live-streaming apps are not only disrupting content consumption, but also content creation. The emergence of internet companies such as China’s Bytedance and Singapore’s Bigo Technology is playing an essential role in mending the content consumption and creation pattern. The young internet users are joining these platforms in large numbers from across the country, including rural India. The Zinnov report that we discussed above, also suggested that 40 per cent of the total online content consumption on mobile platforms come from cities under the category of tier 2, 3, and beyond. Numerous talented and well-respected celebrities or mini-celebrities have made their ways to fame using online platforms. Many would Remember Mastanamma - a rural India chef who gained global popularity for her series of videos on village-style cooking. Often seen as an essential means to connect with an extensive section of both Indian and global content consumers, these platforms (Likee, Bigo Live, Tik Tok, etc.) are fondly embraced by Indians to showcase their unique talent and earn popularity.

Other reasons to turn to such apps is the growing number of professionals, educators, and instructors spreading valuable information on these platforms. Recently, Bigo Technology has launched a free education channel on its live streaming platform, wherein users can connect with educators in real-time. Similarly, the platform also has instructors conducting live video streaming to spread awareness on self-improvement subjects such as soft skill training, English speaking, and more. Many fitness and beauty experts have also turned up in good numbers on short-form video platforms such as Likee, TikTok, and others. Hence, these platforms present ample opportunities for users to learn and make self-improvements as per their objectives.

As these platforms continue to attract millennials from across the country in large numbers, many brands are also warming up to engagement strategies on video-led social media platforms. Brands like SBI, Lay's, Pepsi, Fox Star Hindi, and more have already done collaborations with these apps to engage with the youth of India. Even political parties are joining the bandwagon to propagate their message to youth.

The growth of the new generation of Internet users, along with the ever-changing consumption patterns of existing users are expected to further strengthen the growth of video-led social media platforms in India. We think that such apps will also evolve as a win-win podium for users, influencers, and brands. The flexible nature of these new-age apps will continue to help them penetrate deep down into the markets, especially in Tier II and Tier III cities allowing propagation of information and talent without any limitations.