Business   In Other News  15 Oct 2018  Labour unrest in manufacturing hubs may undermine Modi's jobs push
Business, In Other News

A wave of labour stoppages could put additional pressure on the profitability of companies. 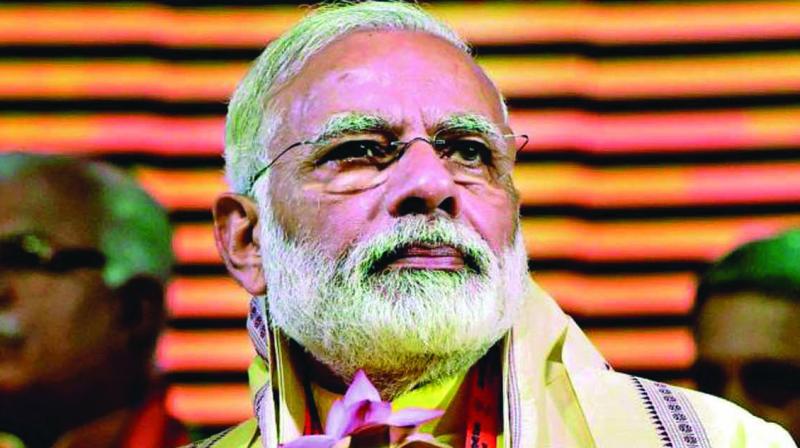 New Delhi: Labour unrest is on the rise at two centres in India where motorcycles and components are manufactured, underlining the problems Prime Minister Narendra Modi’s government faces in creating new manufacturing jobs that are sustainable and pay attractive wages.

Motorbike makers, such as Japan’s Yamaha, and India’s Eicher Motors - maker of the iconic Royal Enfield motorcycles - have been hit hard by walkouts, although major carmakers have been largely unscathed.

The workers are mainly demanding higher pay and job security, particularly by getting employers to reduce the use of contract labour, who are paid less than permanent employees and can often be fired at will.

Modi, who has to call elections by May next year, has promised to create new jobs by boosting manufacturing in Asia’s third-largest economy, but has failed to match aspirations despite rapid overall economic growth. Those who have jobs feel left out of the growth story because of lagging wages.

Around the southern Indian city of Chennai, often dubbed the “Detroit of South Asia”, there have been a series of work stoppages at the motorcycle makers, mainly over union recognition, contract labour and wage issues.

Workers at several other companies in the area, including makers of auto parts and tyre manufacturers, have protested in recent months against lower wages, and for more secure jobs and the right to unionize.

In Gurugram, on the outskirts of the capital New Delhi, hundreds of workers from companies, including car maker Maruti Suzuki, staged a day-long protest on Oct 7 over demands for job security and higher wages.

The labour unrest “exposes the vulnerability of the workers,” said K.R. Shyam Sundar, professor of human resource management at XLRI, one of India’s top management schools.

Contract workers don’t have the same path to the middle class as employees - they are, for example, much less likely to get access to formal credit markets and their purchasing power will therefore be restricted, Sundar said.

Underlying the militancy is a mixture of pressures facing the workers and their employers, including rising living costs and sluggish sales.

India’s domestic passenger vehicle sales fell 5.6 percent in September from a year ago, data from the Society of Indian Automobile Manufacturers (SIAM) showed on Friday. The sales were hurt by rising fuel prices and higher interest rates.

A wave of labour stoppages could put additional pressure on the profitability of companies affected at a time when they are already grappling with increasing input costs and uncertain demand.

On a recent visit by a Reuters reporter to the industrial belt of Oragadam, more than 50 km (32 miles) southwest of Chennai, hundreds of workers wearing Yamaha uniforms sat metres (yards) away from the factory gates. Besides them were placards with slogans like “Do you know kindness?” and “Let us put an end to oppression” written in English, Japanese and Tamil.

Apart from higher pay and permanent jobs, the workers also want the right to form unions to collectively bargain. They went on strike after some employees were fired for forming a union.

“Nobody can tell us we can’t fight for our rights,” said one of the union leaders, E Muthukumar, to a crowd of cheering protesters.

The Yamaha workers, who have now been on strike for about three weeks, earn up to 17,000 rupees a month ($229) and say they want substantially more to meet rising living expenses.

Full-time workers at the nearby Royal Enfield motorcycle plant earn about 25,000 rupees every month on average and are demanding at least double that amount. They, too, have been on strike for most of the past three weeks after resuming work for a few days but then walking out again.

“We are in a debt trap because of the low wages. We can’t imagine getting through our days without loans. We have no savings,” said Rakesh, a 30-year old employee who has worked at Royal Enfield for 11 years.

Royal Enfield dominates the higher-priced market for motorcycles in the 250-500 cc range, while Yamaha focuses on the lower-end of the market. Each have about a 4 percent share of India’s booming two-wheeler market, which grew 15 percent to cross 20 million motorcycles in the last fiscal year.

Yamaha India, which filed for police protection after hundreds of its employees sat inside its premises in protests, declined to comment, but said in an affidavit filed with the Madras High Court it was “not averse to legitimate trade union activities”.

Some employees have assembled to “make demands that are way beyond the practices prevailing in similar industries,” it told the court, adding that a wage revision demanding a three-to-four fold increase in wages was being sought by the workers.

Yamaha sought and got the court to order the strikers to stop occupying the company’s plant.

Eicher Motors said in a statement that “all employees are treated equally without differentiation by level or location.”

Modi was voted into power in 2014 on promises to reignite growth and provide jobs. But his flagship “Make in India” initiative to lift the share of manufacturing in India’s $2.6 trillion economy to 25 percent from about 17 percent and create 100 million jobs by 2022 has shown little sign of progress.

He had also promised to reform labour laws, including lowering the threshold to hire workers for shorter tenures. Ease in hiring and firing people would give companies the flexibility to expand while keeping costs low, but the government faced a backlash and was forced to shelve its plans.

Some states like Haryana, which is also a major auto hub, have created their own sets of labour laws.

In Haryana’s Gurugram city, thousands of workers from motorbike and scooter makers Hero MotoCorp and Japan’s Honda Motor as well as carmaker Maruti took part in a one-day protest last week against new state labour laws that make it easier for companies to close factories and lay off people.

The companies in Gurugram did not respond to requests seeking comment. “There is a lot of pain among workers in Gurugram. The companies take away our jobs so easily,” said Kuldeep Janghu, general secretary of the Maruti Udyog workers union.