The Trump administration has demanded that China cut its $375 billion trade surplus with the United States. 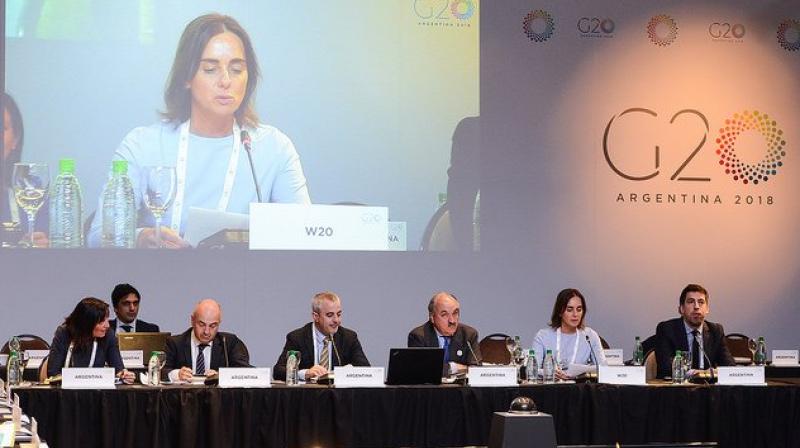 Argentina holds the G20’s rotating presidency this year, and is currently re-negotiating a $50 billion stand-by financing deal with the IMF. (Photo: Twitter.com)

Trade and investment ministers from G20 countries meeting in Argentina said there was an “urgent need” to improve the World Trade Organization, a joint statement issued from the summit said on Friday.

With US President Donald Trump readying tariffs on another $200 billion in Chinese goods, the ministers said they were “stepping up the dialogue” on international trade disputes, according to the statement.

It did not provide any details of possible WTO reforms or how dialogue on trade was being increased.

“Obviously the new tariff measures are not positive,” Argentina’s Production and Labor Minister, Dante Sica, said in a news conference at the end of the one-day meeting. “But we need to see how things evolve.”

Outside the meeting, smoke filled the air in the normally tranquil seaside city of Mar Del Plata where the conference is being held. Protesters burned makeshift American flags and chanted against free trade orthodoxy and Trump’s support of Argentina’s cash-strapped President Mauricio Macri, whose fiscal belt-tightening has garnered a backlash from the country’s working-class.

“We’re standing here in solidarity with the workers of Latin America. While those politicians sleep in fancy beds, communities starve because of trade and adjustment policies that hurt the most vulnerable,” protestor Maralin Cornil, 30, said.

Argentina holds the G20’s rotating presidency this year, and is currently re-negotiating a $50 billion stand-by financing deal with the IMF, cutting its fiscal deficit targets and reducing costs to ensure it can continue paying its international debts.

Trump has said he would attend the summit’s final meeting with other heads of state, to be held in Buenos Aires on November 30.

The Trump administration has demanded that China cut its $375 billion trade surplus with the United States, end policies aimed at acquiring US technologies and intellectual property, and roll back high-tech industrial subsidies.

While Trump has threatened to pull the United States from the WTO, China has called for WTO reform to make the global trade system fairer and more effective.

The 23-year-old trading club is run on the basis of consensus, meaning that every one of its 164 members has an effective veto and it is almost impossible to get agreement on any change to the rules.

Sica also said that talks on a free trade deal between the European Union and the Mercosur trade bloc of Argentina, Brazil, Paraguay and Uruguay were wrapping up, with an agreement likely by the end of the year.

“We are in the final stages regarding the most delicate aspects of an EU-Mercosur agreement and we are concluding with the political and technical details,” Sica said.