Business   In Other News  15 Jun 2019  MFs prefer capital goods, financials and cement
Business, In Other News 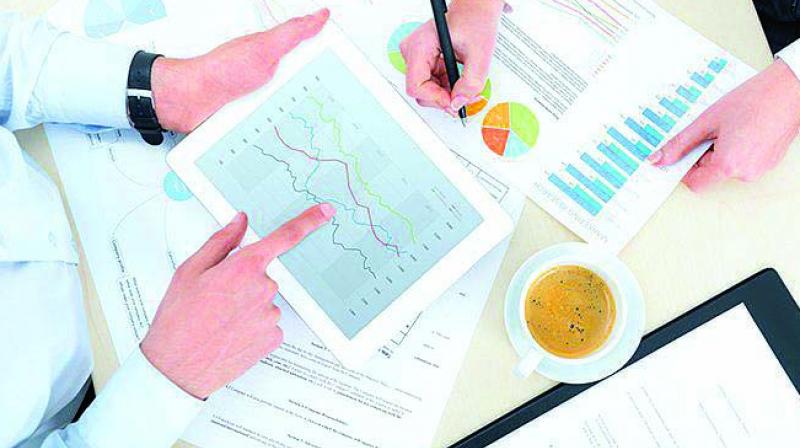 The weight of private banks, which is the top sector holding of the mutual funds, was up for the eighth successive month to climb to a new high of 19.7 per cent.

Mumbai: The mutual fund industry is seeing a significant shift in asset allocation in sync with the changing equity and debt market dynamics and strategies being adopted by the respective fund managers.

The month of May saw a notable change in sector and stock allocation of funds among the equity mutual funds, according to a report tracking portfolios of top 20 mutual funds by financial services firm Motilal Oswal.

“Weight of domestic cyclicals’ increased 160 basis points to a 10-month high of 62.9 per cent, as weight of capital goods, financials (private & PSU) and cement increased while that of autos moderated,” Motilal Oswal said.

The weight of private banks, which is the top sector holding of the mutual funds, was up for the eighth successive month to climb to a new high of 19.7 per cent.

In terms of value increase month-on-month, seven of the top-10 stocks were from financials in May. They were: State Bank of India, HDFC Bank, ICICI Bank, HDFC, Axis Bank, Kotak Mahindra Bank and Bajaj Finance.

Larsen & Toubro saw a value increase of Rs 5,500 crore in May, as the stock was up 15.6 per cent. The stock saw net buying by 15 of the top-20 mutual funds. In terms of value decrease month-on-month, the maximum decline was seen in ITC, Infosys, Tata Motors, Aurobindo Pharma  and Reliance Industries.

On the debt side, the highest investment by debt mutual funds was in commercial papers, to the tune of Rs 4.31 lakh crore. The percentage share also grew from 27.2 per cent in March to 29.5 per cent in May.

However, commercial papers issued by non-banking finance companies were on a decline since the NBFC crisis began in July 2018, Care Ratings said in its “Mutual Fund Update for May 2019.”

Corporate debt paper, which includes floating rate bonds, non-convertible debentures and the like, had the second highest exposure of Rs 4.23 lakh crore. In value terms, investments in this category improved marginally by Rs 0.03 crore over previous month, but fell by Rs 11,000 crore over March. On a percentage share basis, investments in corporate debt paper are on a decline since March.

Funds deployed in bank certificates of deposit were Rs 1.97 lakh crore with a share of 13.5 per cent. While the amount declined, percentage share also fell from 15.5 per cent in March.

Investments in Government Securities were at Rs 0.62 lakh crore, a rise of Rs 10,000 crore over March.

In PSU bonds/debt, the invested amount increased to Rs 1.65 lakh crore, however the share declined to 11.3 per cent.