Business   In Other News  15 May 2020  'Mallya's extradition will be a milestone in CBI's quest for excellence'
Business, In Other News

'Mallya's extradition will be a milestone in CBI's quest for excellence'

The judgment also vindicates painstaking investigation by CBI, since Mallya raised issues with regard to admissibility of evidence 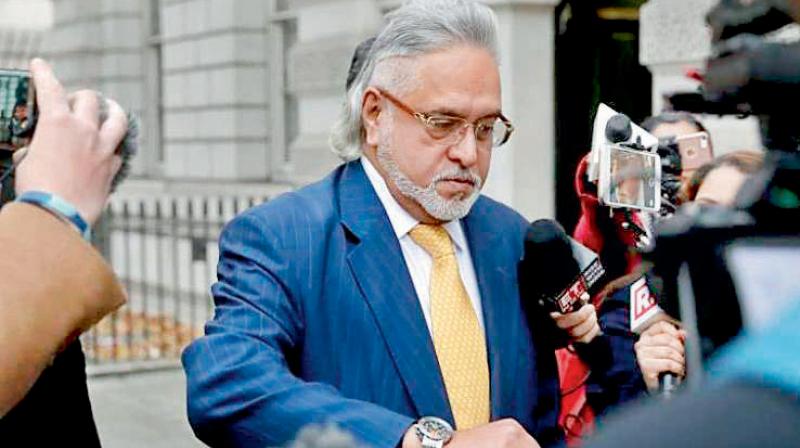 The CBI has described as a "big victory" and a "milestone" the order of a UK court rejecting beleaguered liquor baron Vijay Mallya's application seeking leave to appeal in the country's Supreme Court the verdict clearing his extradition to India in bank fraud case.

The 64-year-old businessman had 14 days to file his latest application to seek permission to move the higher court on the High Court judgment from 20 April, which dismissed his appeal against a Westminster Magistrates' Court extradition order certified by the UK Home Secretary.

The latest decision, referred to as a "pronouncement", means that under the India-UK Extradition Treaty, the UK Home Office is now expected to formally certify the court order for Mallya to be extradited to India within 28 days.

The decision of the UK High Court of Justice to order the extradition of Mallya is a milestone in the CBI's quest for excellence and a reminder that economic offenders, facing probes in large value frauds, cannot consider themselves as above the process merely because they have changed jurisdictions, he said.

"The judgment also vindicates the painstaking investigation by CBI, especially since Mallya had raised various issues with regard to the admissibility of evidence, the fairness of investigation itself and extraneous consideration, with a view to divert attention from his own acts," the spokesperson said.

He said, "The extradition of Vijay Mallya was sought to face trial in a 2015 case for offences of cheating, criminal conspiracy and abuse of official position by public servants, wherein the allegations of conspiring with public servants and dishonestly defrauding the IDBI bank to the extent of Rs 900 crore."

The agency had filed a charge sheet on the conclusion of the investigation on 24 January, 2017, which was followed by a request for extradition of Mallya on 31 January, 2017. Based on the request, he was arrested by the UK authorities on 20 April, 2017, but was given bail within hours.

The agency successfully waded through a complex legal battle for three years in Westminster Magistrate's Court and then the UK High Court of Justice to convince them on a prima facie case against him as well as compliance of ECHR norms on Human Rights and prison conditions.

"It may be mentioned that vide order dated 10 December, 2018, the Senior District Judge ruled in favour of Government of India and recommended extradition of Mallya to the Secretary of State. The appeal filed by Mallya was thereafter dismissed by the UK High Court on 5 April, 2019, on all five grounds," he said.

UK Division Bench admitted the appeal of Mallya only on one ground, which is "prima facie" case was made out against him or not and was rejected by it after the CBI presented robust arguments to support its case, the spokesperson said.

"The ground of prima facie case was heard by a Division Bench of UK High Court in February'2020 and was decided in favour of Government of India vide order dated 20 April, 2020," he said.

"CBI appreciates the painstaking investigation, the hard work and the meticulous efforts of Investigating Officer Suman Kumar, Additional SP, CBI, in successfully pursuing investigation and extradition proceedings against the fugitive," the spokesperson said.