Business   In Other News  15 May 2020  India's farmers gather record wheat crop, but cannot move it
Business, In Other News

The largest crop gathered globally during the pandemic, which is worth more than $26 billion 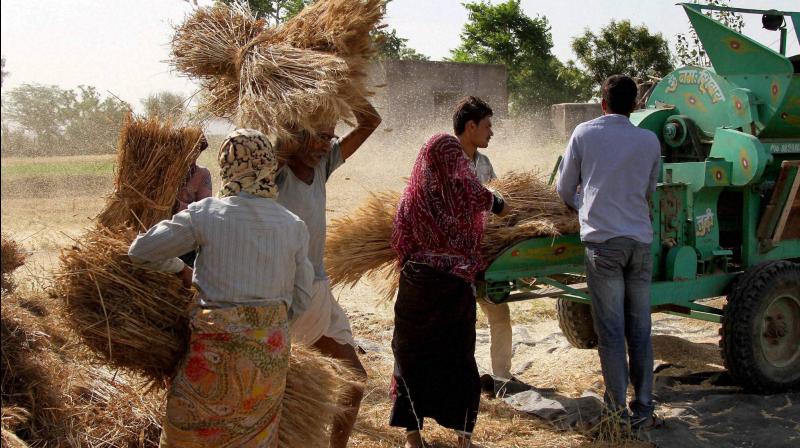 The country-wide lockdown has led to a labour shortage across rural India. (PTI Photo)

GHARAUNDA: Late last month, Sukrampal had to beg and borrow farmhands from nearby villages to gather his part of the country’s largest-ever wheat harvest in Haryana.

Now the 50-year-old Indian farmer has a bigger problem: how to sell his crops when the three wholesale grain markets serving growers in his hometown of Gharaunda, near the heart of what is known as India’s breadbasket, are operating with a skeleton staff.

The country-wide lockdown, introduced in late March to stem the spread of the new coronavirus, has led to a labour shortage across rural India, crimping the harvest and preventing the bagging and movement of it.

The largest crop gathered globally during the pandemic, which is worth more than $26 billion, according to traders, may serve as a test case for other harvests coming up around the world, including Brazil’s main sugarcane and coffee harvests and Southeast Asia’s second rice harvests. India is the world’s second-largest producer and consumer of wheat behind China.