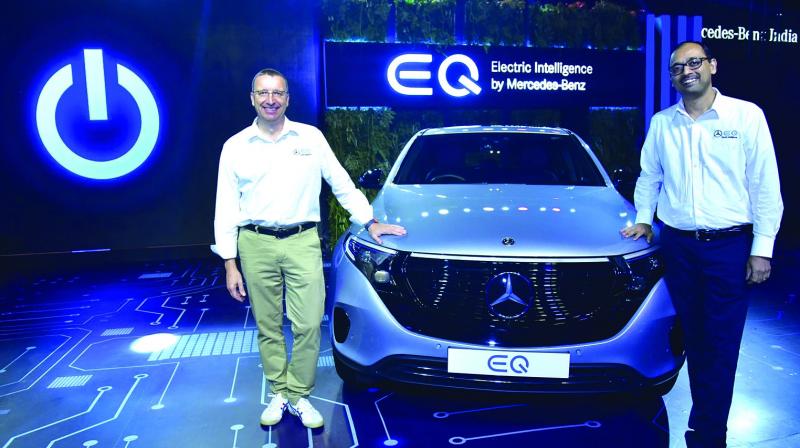 The Pune-headquartered company, which completed 25 years in India, will launch the EQC SUV, the automaker's first car under the EQ brand, in April 2020.

The EQC is a five-seat SUV based on the modified version of the GLC Class.

The next all-electric model from Mercedes-Benz will be the EQV which is based on the V-Class van. Following these models will be the EQA, EQB, EQS and EQE.

“The first vehicle that the brand as such as a full EV will be the EQC, which is a sporty SUV, which has been unveiled today,” Martin Schwenk, MD and CEO, Mercedes-Benz India, said.

Under the EQ electric brand, Mercedes has three different stands -- EQ boost, EQ Power and EQ itself. And it goes with the electrification of portfolios from mild-hybrid to plug-in hybrid and to full electeric vehicles.

“With the launch of EQ we firmly announce Mercedes-Benz’s arrival into the new era of electro mobility. We want the EQ brand to create an ecosystem in which electric mobility is reliable, simple and at the same time exciting,” Schwenk explained.