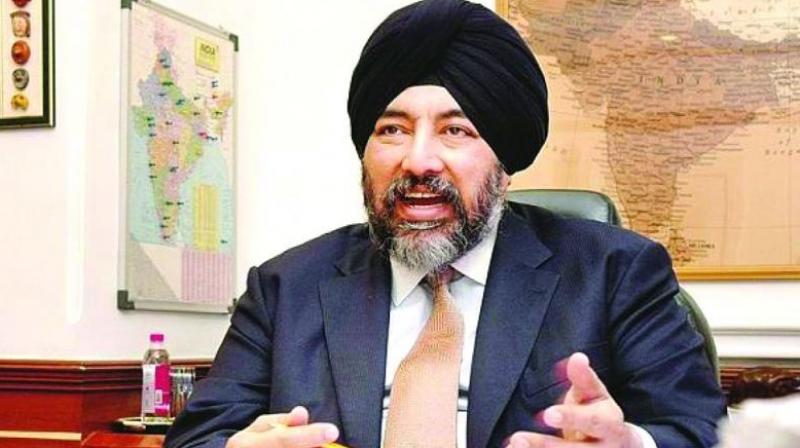 Mumbai: The home-grown financial services major Centrum Group, with diversified fee businesses and lending platforms is expanding its operations in overseas markets like Singapore and Dubai as well as the UK market.

“We see high growth potential in the overseas markets where Indians are in considerable numbers, prompting us to widen the base and offer services to Indians overseas.” said Centrum Group’s Executive Chairman Jaspal Singh Bindra in an exclusive interview to the Financial Chronicle.

Bindra, a banker with a global MNC career of over 30 years was previously the Asia-Pacific Head of Standard Chartered Bank and had also worked with Bank of America & UBS, before joining Centrum group.

Under his leadership, the Centrum Group has diversified its operations from a fee based business to a fee-cum-lending model with the introduction of Housing Finance, SME & Micro Finance businesses.

“We received a license from the Monetary Authority of Singapore and have started offering wealth management services in the region. Centrum will facilitate inward and outward investment flows. HNIs and family offices in Singapore can take advantage of the innovative investment opportunities in India through regulated AIFs, structured products and be part of India’s economic growth. Similarly using the LRS route, Indians can make dollar investments in Singapore. Our current Assets Under Advice are over $3.2 billion and we expect a growth of 20-25 per cent YoY due to growth in these international markets” he said.

“We have also received an in-principle approval from the DIFC to commence similar operations in Dubai from where we will be able to cater to the entire Middle East and North Africa (MENA) region, another growing market” Bindra said.

As part of its overseas plans, Centrum has chosen these two geographies specifically for the sizeable Indian population, global acceptance and robust financial regulations there. The group is looking at building a client base in these geographies and eventually cross-sell its services of investment banking, institutional broking and alternative investment management.

Talking about the global plans, he said the next market will be the UK, again a market a with strong contingent of Indian population.