Business   In Other News  14 May 2018  Housing sales up 25 per cent during April in top 7 cities: ANAROCK
Business, In Other News

Housing sales up 25 per cent during April in top 7 cities: ANAROCK

Housing sales increased by 25 per cent in the country's seven major cities in April to 1,726 units. 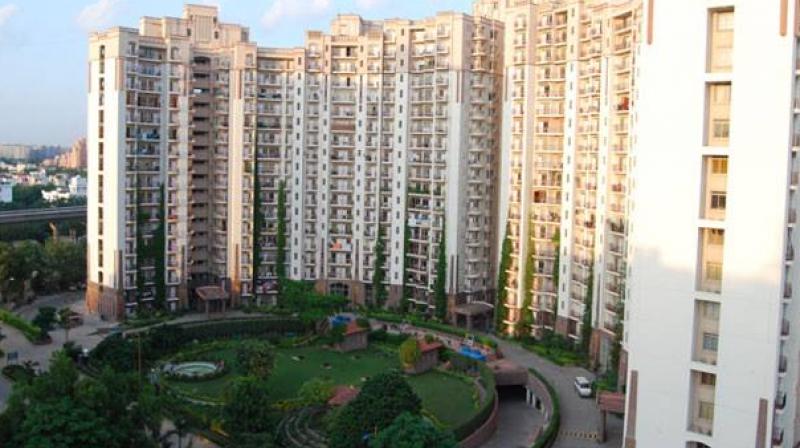 Housing sales increased by 25 per cent in the country's seven major cities in April to 1,726 units over the previous month.

New Delhi: Housing sales increased by 25 per cent in the country's seven major cities in April to 1,726 units over the previous month, driven by the Delhi-NCR market which saw a sharp rise in demand, according to property consultant ANAROCK.

"Buoyed by positive consumer sentiments and favourable policies, the Indian real estate sector is coming back on track. 2018 started on a positive note with the first quarter recording a q-o-q (quarter-on-quarter) increase in housing sales, and the momentum seems to be increasing," ANAROCK Chairman Anuj Puri said.
April alone saw 25 per cent increase in sales across the cities, he added.

ANAROCK said that the NCR market stole the show even on the sales front with a whopping 153 per cent increase in April as against the preceding month. Bengaluru saw a 41 per cent rise in housing sales, while MMR witnessed a 29 per cent increase.

According to the data, housing sales in Bengaluru increased to 278 units in April from 196 units in the previous month. MMR saw sales of 516 units as against 399 units during the period under review.

In NCR, housing sales jumped over two fold to 243 units from 96 units. Sales in Chennai increased to 219 units from 113 units, while demand in Hyderabad rose to 234 units from 141 units.

However, sales dropped in Pune to 155 units from 182 units and also in Kolkata to 83 units from 255 units. On new supply, ANAROCK said that it increased by 6 per cent during April at 15,155 units from 14,278 units in March. The new housing supply infusion was highest in NCR, followed closely by Hyderabad, Bengaluru and the MMR.

NCR saw a whopping 59 per cent increase in its new housing stock in April as against the previous month. Of the total new supply in April, nearly 43 per cent was in the affordable housing category (less than Rs 40 lakh), followed by 33 per cent in the mid segment (Rs 40-80 lakh), 11 per cent priced in the range of Rs 80 lakh– Rs 1.5 crore and the remaining 13 per cent in the segment priced above Rs 1.5 crore.