The survey was conducted among more than 25,000 people in 24 countries about their cuisine preferences. 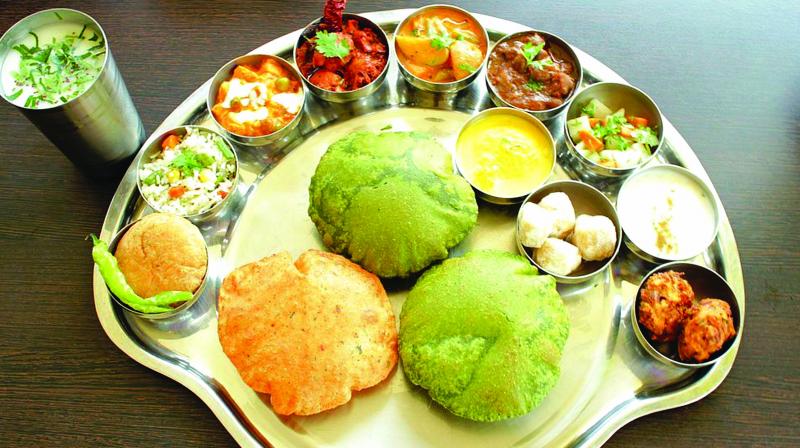 The cuisine received an average popularity score of 84 per cent across the 24 nations.

Kolkata: Some food for thought, for sure! Indian cuisine is among the Top 10 popular cuisines in the world, standing at number nine, with an average popularity score of 62 per cent across 24 countries.

However, when it comes to preferences, 93 per cent Indians like their own cuisines. The Indians also have a palate for Italian (80 per cent), Chinese (77 per cent) and American cuisines (75 per cent). But the Indians have lower tolerance for Norwegian, Filipino, Finnish and Peruvian cuisines. This was revealed by a recent survey conducted by YouGov, the UK-based internet-based market research and data analytics firm that has operations in Europe, North America, the Middle East and Asia-Pacific.

The survey was conducted among more than 25,000 people in 24 countries about their cuisine preferences.

Italian cuisine has come up as the most preferred palate in the world with pizza and pasta cited as the most popular foods in the world. The survey asked people which of 34 national cuisines they had tried and whether they liked or disliked them, with Italian food being the most well-liked. The cuisine received an average popularity score of 84 per cent across the 24 nations.

Not surprisingly, the biggest fans of Italian food are the Italians themselves, with 99 per cent enjoying their national cuisine. The other big fans of Italian cuisines include the Spaniards (94 per cent of those who have tried it say they like it) and the French (92 per cent), while the least impressed by Italian food are the Chinese (59 per cent).

At second place behind Italian food is Chinese cuisine, which scored on average 78 per cent liking across the countries surveyed. It’s liked by 95 per cent of the Chinese people, with Singaporeans (94 per cent of those who have tried it say they like it) and Hongkongers (91 per cent) also particular fans. The cuisine is least popular in Saudi Arabia (54 per cent) and Indonesia (57 per cent).

The world’s third most popular cuisine is Japanese, scoring an average of 71 per cent across the 24 nations. Aside from the 94 per cent of Japanese people who like it, 94 per cent of Singaporeans and 93 per cent of Hongkongers also like it. Once again it’s the Saudi Arabians who are least enamoured, with only 43 per cent enjoying it.

At the bottom of the table comes Peruvian cuisine, which received an average score of only 32 per cent. With almost same percentage score, Finnish cuisine comes just below Peruvian cuisine.

When it comes to Indian cuisines, although 77 per cent Singaporeans and 70 per cent Malaysians like Indian cuisine, the rest of South East Asia has a lower preference for our dishes. In Indonesia 49 per cent and in Vietnam 44 per cent of those who have tasted Indian food claimed to like it.

Indian cuisine is more warmly received in the European countries, with over half the people saying they like it. It is particularly popular in Britain (84 per cent), Norway (75 per cent), France and Finland (71 per cent). Nearly three quarters (74 per cent) of Australians are fans of Indian cuisine.