Govt working towards housing for all by 2022, says PM Modi

Modi said 1.5 crore houses for the poor have been built at a double speed to realise the target of 2022. 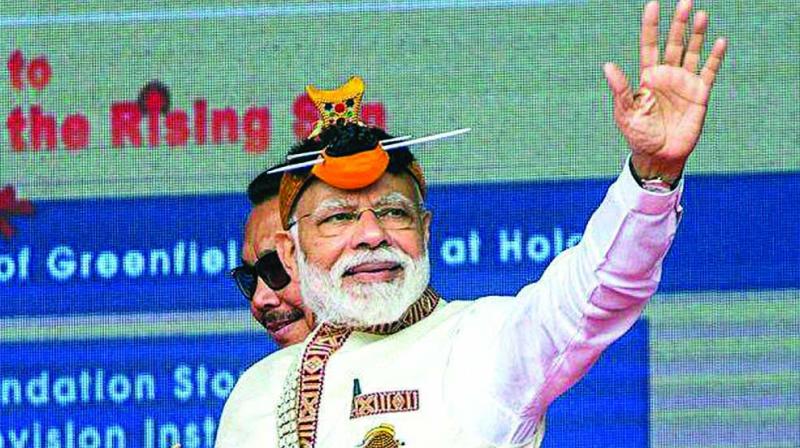 The interim budget for 2019-20, has benefited the housing sector immensely by way of providing incentives for homebuyers as well as tenants, Modi said. (Photo: PTI)

New Delhi: Prime Minister Narendra Modi on Wednesday touted his government's speed of building houses to say it is working to fulfil the ambitious target of providing housing to all by 2022.

Speaking at a real estate conference here, Modi said 1.5 crore houses for the poor have been built at twice the speed to realise the target of 2022.

The interim budget for 2019-20, he said, has benefited the housing sector immensely by way of providing incentives for homebuyers as well as tenants.

The budget move to exempt people earning up to Rs 5 lakh from payment of income tax will benefit the housing sector as the surplus will find its way into the sector, he said.

Other budget announcements, including hiking TDS exemption limit on rental income from Rs 1.8 lakh to Rs 2.4 lakh, extending housing income exemption from one to two self-occupied houses, capital gains from sale of house property being allowed to be invested in two properties instead of one, and the 10-year window for registration of affordable housing projects for getting tax relief, will give a big boost to real estate sector, he said.

Modi said the Central government has been trying to bring a positive change in the real estate sector during the last four and half years.

Demonetisation curbed use of black money in the sector, Modi said, adding his decisions face problems in the beginning as he works ahead of time.