A lower growth in consumer durable goods would mean people are postponing their decision to buy relatively big ticket items. 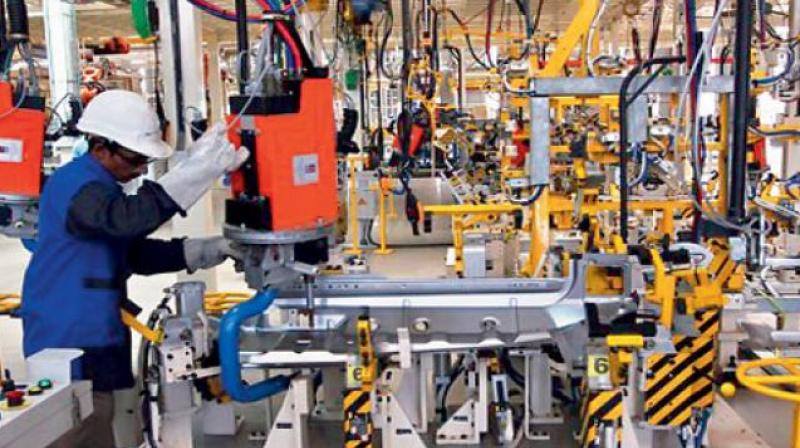 The devil, however, is in detail. The data shows that the production in several labour-intensive sectors, which are key in creating jobs, has actually shrunk in July this year.

According to the numbers released by the ministry of statistics and programme implementation, textiles sector, one of the largest job creators, has seen its production shrunk by 4.5 per cent. The production of machinery and equipment has degrown five per cent, fabricated metal products shrunk by 10 per cent, furniture production has contracted by 10 per cent.

Contraction in the production of mostly MSMEs led sectors like textiles, machinery and equipment, fabricated metal products, furniture could have an adverse impact on the job creation in the country.

Industrial sectors like base metals, coke and refined petroleum products, which contributed the most in getting a positive headline industrial growth figure, are not considered as job intensive or spread out across the country.

The production numbers through use-based categorisation by the government shows that capital goods and consumer durable goods sectors have shrunk. A degrowth in the capital goods business means the industry has reduced investment in expanding its production, despite the government’s attempts to boost investment. A lower growth in consumer durable goods would mean people are postponing their decision to buy relatively big ticket items.