Inflation cools to 10-month low in August; IIP at 6.6 per cent 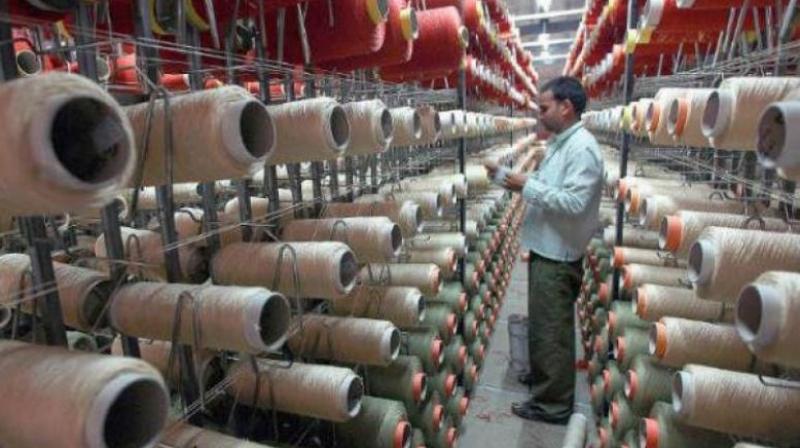 Industrial production grew at 6.6 per cent in July on the back of good performance by the manufacturing sector and higher offtake of capital goods and consumer durables.

New Delhi: In a relief to the Modi government battling opposition attack over high fuel prices, India’s retail inflation fell  to 10 months low of 3.69 per cent in August helped by cooling off in food prices.

Also, country’s industrial output in terms of Index of Industrial Production (IIP)  in July grew by 6.6 per cent, on back of rise in the sales of consumer durables ahead of the festive season.

The manufacturing sector, a major source of job creation, recorded a 7 per cent growth in July as against a contraction of 0.1 per cent in the same month year ago.

This is first time in 10 months that the retail inflation was below the Reserve Bank of India’s medium-term target of 4 per cent.

This has raised hope that RBI will not hike interest rates in the coming meeting after increasing it twice in past.

Food inflation slowed to 0.29 per cent in August, against 1.37 per cent in July. Slowing inflation in food prices cancelled out price rises in imported goods stemming from the weakening rupee.

Vegetable prices contracted by 7 per cent in August. The rate of price rise in fruits stood at 3.57 per cent, compared to around 7 per cent in July.

However, there was a moderate rise in inflation in the fuel and light segment. It rose to 8.47 per cent in August compared to about 8 per cent in July.

“August consumer price index at 3.69 per cent (down from 4.17 per cent in July) indicates further moderation in retail inflation. Food inflation in August at 0.29 per cent only guards majority of poor people from any rise in prices. Sound Indian macroeconomic story continues,” said economic affairs secretary Subhash Chandra Garg on Wednesday.

“Index of Industrial Production  (IIP) growth also marches on strongly at 6.6 per cent in July 2018. More noteworthy is IIP growth in manufacturing at 7 per cent. Average IIP growth in first four months has been a decent 5.4 per cent,” he added.

The IIP growth for June was revised downwards to 6.8 per cent from the provisional estimate of 7 per cent released last month, the data showed.