Business   In Other News  13 Sep 2018  Brazil, Australia to fight any Indian sugar export subsidy
Business, In Other News

The two countries reached a consensus regarding the need to act at the WTO level if India moves to provide an export subsidy. 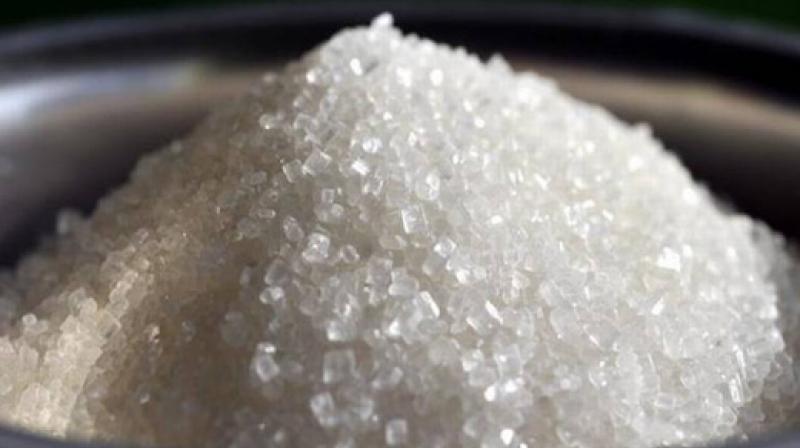 Brazilian and Australian sugar industry groups are working together with their respective governments to prepare a formal complaint to the World Trade Organization (WTO) over any possible sugar export subsidy by India, a top Brazilian sugar official told Reuters.

Sao Paulo: Brazilian and Australian sugar industry groups are working together with their respective governments to prepare a formal complaint to the World Trade Organization (WTO) over any possible sugar export subsidy by India, a top Brazilian sugar official told Reuters.

Brazil and Australia view any subsidy by India, set to take over as the world’s largest sugar producer this year, as a grave threat to a recent price recovery, Eduardo Leão, executive director at Brazil’s cane industry group Unica, said in an interview.

The two countries reached a consensus regarding the need to act at the WTO level if India moves to provide an export subsidy to sugar producers, Leão told Reuters late Tuesday.

Analysts and sugar traders are expecting such a move by India as the country would be willing to put in the market a large local surplus built after a record crop this year, and amid expectations for another big output in the coming season.

“We have heard comments that India could launch a export subsidy,” Leão said. “It is not admissible, we would seek an action from the Brazilian government,” he added.

Raw sugar prices in New York recovered slightly in the last days since slumping to a 10-year low of 9.91 cents on Aug. 22 as a two-year global supply surplus and massive fund short position pressured values.

There was no immediate comment from the Indian trade ministry.

Indian officials have earlier said the country’s sugar exports do not violate WTO rules as New Delhi does not give any subsidy for overseas sales. India rather gives production subsidy to its cane growers. The Unica director said there are talks going on with Australian sugar industry representatives for a joint strategy at the WTO if the need arises.

Australia’s Minister for Trade, Simon Birmingham on Thursday declined to confirm or deny plans for a formal complaint, though he confirmed Canberra’s frustration.

“It is clear that export subsidies introduced recently by the India and Pakistan governments have contributed to a growing glut on global markets,” Birmingham said in an emailed statement to Reuters.

“[Australia] has expressed its concerns to the India and Pakistan governments at the highest levels in the clearest possible terms.”

Australia, one the world’s largest sugar exporters, is expected to produce a near record crop of 4.8 million tonnes this year, the Australian Bureau of Agricultural and Resource Economics and Sciences estimated.

“We know the market fell due to a coincidence of large productions in Europe, Thailand and India, but things are improving now, production is falling so we don’t see the need for a export subsidy from India,” Leão said.

Market estimates put Indian sugar surplus at about 10 million tonnes. That sugar is priced above current market so to stimulate exports the government would need to help mills.

Unica’s director said Indian mills will eventually be able to sell in the export market as prices continue to recover. He said the Brazilian government is willing to back their plans.

“They are sensitive to this due to the difficult financial situation of many mills”.  Brazil decided on Aug. 31 to open a consultation at the WTO regarding Chinese safeguards on sugar imports.