Business   In Other News  13 May 2017  Centre adds new items in WPI, IIP calculations
Business, In Other News

IIP slipped to 2.7 per cent in March, chiefly because of poor performance of the manufacturing sector, as per the new series. 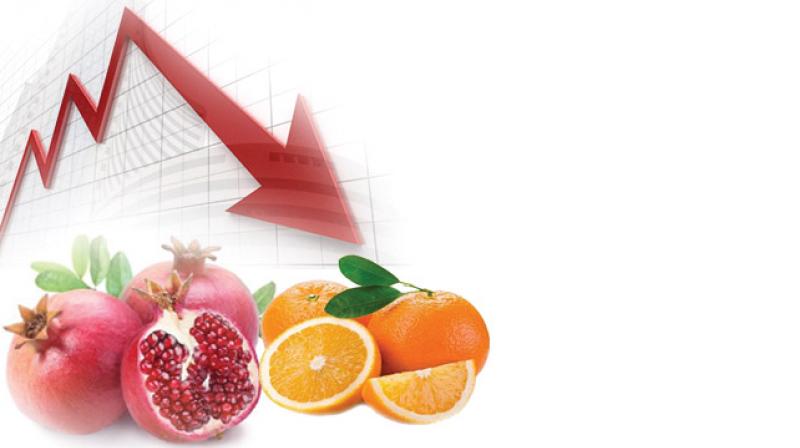 New Delhi: Mosambi, pomegranate, jack fruit, pear, cucumber and carrot are the new fruits and vegetables added to calculate wholesale inflation (WPI) in country as the government on Friday revised inflation and industrial growth (IIP) base year to make it more relevant to the changing times.

For the first time for the calculation of inflation, indirect taxes will not be added to the products. This will mean WPI inflation, which fell to 3.85 per cent, will not reflect the impact of GST when it is implemented.

The Centre said that the move will make the new WPI conceptually closer to “producer price index.” The impact of GST will be reflected in retail inflation (CPI) that dipped to 2.99 per cent. This is the seventh revision in the base year of WPI inflation.

For WPI calculation, 199 new items were added and 146 items (like  video CD player, khandsari and light diesel oil among others) were dropped.

In line with the Modi government’s push for clean energy, IIP will now also capture renewable electricity production in the new series.

Economists have pointed out that the IIP data did not properly capture economic activity in the country as it was still taking many products which were redundant.

There has been an increase in number of factories in panel for reporting data and closed ones have been removed.

The number of factories reporting data for each item (except 13 items) will be at least four to reduce chances of abnormal volatility.

In the mining, growth will now be calculated based on 29 minerals as opposed to 62 minerals in old series. This is because  27 non-metallic minerals have been declared minor minerals in the MCDR Amendment Rules, 2016.

IIP slipped to 2.7 per cent in March, chiefly because of poor performance of the manufacturing sector, as per the new series.

To keep the IIP data relevant, an institutional mechanism has been established for  facilitating dynamic revision of the item list of products and panel of factories through a technical review committee, chaired by secretary, ministry of statistics and planning. The committee will meet at least once a year for identifying new items that need to be included in the item basket and removing those that have lost their relevance or are no longer being produced.