Business   In Other News  12 Sep 2019  'Faceless tax assessment to eliminate corruption in tax dept': Anurag Thakur
Business, In Other News 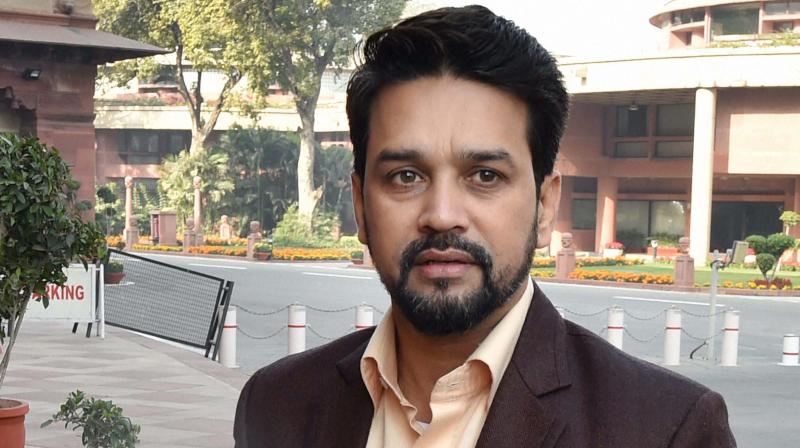 There wont be any personal interaction between the taxpayer and the tax officer. This step aims to eliminate corruption in the tax department, said Union minister Anurag Thakur. (Photo: File)

Vadodara: Union minister Anurag Thakur has said that the faceless tax assessment, which is scheduled to begin in October, will help in eliminating corruption in the tax department.

Speaking here late on Wednesday evening, Thakur, the minister of state of finance and corporate affairs also said that infrastructure investment of over Rs 100 lakh crore will be needed for achieving the USD 5 trillion GDP mark.

"There wont be any personal interaction between the taxpayer and the tax officer. This step aims to eliminate corruption in the tax department," Thakur told PTI after addressing local industry members.

The initiative, which was first announced in the budget will be launched on October 8, on the occasion of Vijayadashami or Dussehra, he said.

The assessing officer would not know the taxpayers identity and will use only the online filing, and technology platform, to scrutinise the details of the taxpayer, he said.

This is a "significant reform" and an "ambitious plan" which makes assessment "jurisdiction-free", he said.

He also said that the tax authorities will play the role of facilitators, rather than enforcers, reiterating PM Narendra Modi's message of respecting the industry.

Addressing a joint meeting of the industry bodies, he underlined the importance of infrastructure investments for economic growth and achieving the USD 5 trillion goal by FY24.

The government has set up a task force to draw up plans for building infrastructure of Rs 100 lakh crore or USD 1.4 trillion over the next five years, he said.

Thakur said there is a need for consumption to be given a push, and added that the Centre will announce several steps in the coming days to give momentum to industry.

Commenting on the 100-day performance of the government, Thakur said several steps have been taken by the administration for the betterment of the country.

The government has held meetings with bankers to look at ways of managing the current difficulties, and will be next meeting the small business owners, automobile sector, home buyers and other industry associations.

"We plan to hold a series of meetings to discuss current economic issues with key stakeholders, including those from sectors undergoing a slowdown," he said.

Thakur addressed the joint meeting of representatives and members of 20 trade and industries bodies, and also chartered accountants.

He visited a Ganpati temple in the city and gifted a diamond and gold studded pitamber (Dhoti) to Lord Siddhivinayak.