For India's poor, Aadhaar card can be the difference between life and death

Modi’s office did not respond to requests for comment on the starvation deaths. 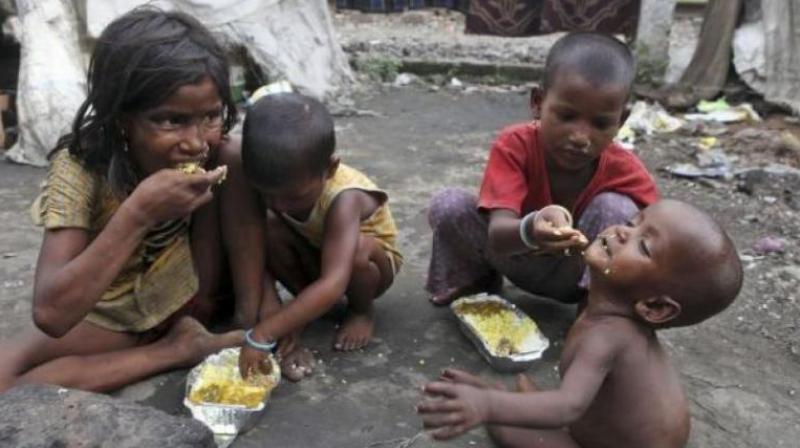 At least 14 people have died of starvation in Jharkhand, the state where the Malhars live, activists say.

Ramgarh: Prem Malhar says his 50-year-old father died of hunger a few months ago because he did not have the government’s Aadhaar identity card that would have given him access to subsidised food.

At least 14 people have died of starvation in Jharkhand, the state where the Malhars live, activists say. They say the deaths have occurred since authorities cancelled old handwritten government ration cards last year and replaced them with the biometric Aadhaar card to weed out bogus beneficiaries.

Taramani Sahu, an activist with the Right to Food Campaign, blamed the Jharkhand government for delays in issuing the Aadhaar cards after one million old cards were cancelled. For some who depended on the rations for subsistence, the results were fatal, she said.

In July, three sisters under the age of 10 died of hunger in New Delhi, sparking accusations of government apathy. The deaths were not linked to possession of the Aadhaar card, but there has been widespread outrage that people are dying of hunger in a country where, according to government and industry data, grains and produce worth 580 billion rupees (USD 8 billion), or 40 per cent of total output, go to waste every year.

Opposition parties have seized on the issue ahead of three big state elections this year and the national election in 2019, whittling into support for Prime Minister Narendra Modi and his Bharatiya Janata Party (BJP).

Modi’s office did not respond to requests for comment on the starvation deaths. Nishikant Dubey, a BJP lawmaker and a member of a parliamentary panel on the Aadhaar policy, said linking the card to welfare programmes was the best way to check siphoning off funds meant for the poor.

On the deaths, he said: “The opposition is being irresponsible by blowing it out of proportion for political mileage.”

Malhar, who lives in a hut made of twigs, leaves and mud in a hamlet near the town of Ramgarh, says he and his brother now have the Aadhaar cards, but are still not eligible for subsidised food because of what he called “bureaucratic ineptness”.

“My father died because he couldn’t get his Aadhaar card during his lifetime and I’m not getting food because my Aadhaar card is not linked with the ration shop,” said the 25-year-old, dressed in a red vest and tattered trousers.

Reuters spoke to three ration shop owners in the area who said they could not give subsidised food to those who did not have Aadhaar cards or failed the biometric identification process. They said the Malhars’ cards were not linked to the system because that had to be done by another government department.

In the state capital, Ranchi, Jharkhand’s food minister Saryu Rai said he had ordered local officials to distribute subsidised food to the poor even if they didn’t possess the Aadhaar card. But activists say those orders have not been transmitted to the shop level.

Rai told Reuters it was not clear that the deaths in Jharkhand had occurred because of starvation. Officials have previously said people had died because of illness, not lack of food.

“There must be a system to know what constitutes starvation deaths and I welcome food activists to work with us on this,” Rai said.

Officials in other states say they have eased rules that insist on Aadhaar. Still, activists claim that the decree has deprived some families of subsidised food in Rajasthan, that is also ruled by the BJP.

Aadhaar is part of an ambitious effort to digitise India’s economy, and almost all transactions with the government are dependent on the card, including banking, food subsidies and tax and other payments.

Among other things, the government says the use of Aadhaar will plug theft and leakages in the USD 23.63 billion a year food welfare programme that guarantees ultra-cheap rice and wheat to nearly two-thirds of India’s 1.3 billion people.

Nearly a third of the food meant for the poor gets stolen every year, with middlemen, traders and government employees colluding to sell the produce in the open market, economists estimate. The government says nearly 30 million fake and duplicate cards have been weeded out, saving about USD 2.35 billion.

But in a vast nation where many of the people are unschooled and dirt poor, the Aadhaar system is far from foolproof.

Some of the poor have not enrolled in the programme, or their fingerprints do not match those on the database, the largest in the world. Others suffer because the identification system requires functioning electricity, an internet connection and operational servers, not always assured in interior India.

Ajay Bhushan Pandey, chief executive of the Unique Identification Authority Of India that runs the Aadhaar programme, has said that connectivity and power problems do crop up, but added authorities have been told not to withhold social benefits if people can provide other, acceptable identification.

“People are dying because of government callousness,” said Hemant Soren, the leader of the opposition and a former chief minister of Jharkhand. “Mark my words, voters will teach them a lesson in the next election.”

In the hamlet near Ramgarh, Malhar and other men took shelter under a tree as a light drizzle came down, seeping through the makeshift roofs of their huts. They were joined by some women who said they were struggling to light damp firewood inside their huts.

Malhar lives with his 22-year-old brother Videshi in the hut with four other family members - their sole possessions are a few utensils and clothes that look like rags. They subsist on the brothers earning between 70 cents to USD 2.70 per day, picking through trash or working nearby rice paddies.

“We’ve lost our faith in the government which is responsible for my father’s death,” said Prem Malhar. “The most unfortunate part is that authorities still continue to be callous and their callousness is starving poor families like ours.”