The Hinduja brothers ranked at No. 1 with a fortune of 22 billion pounds. 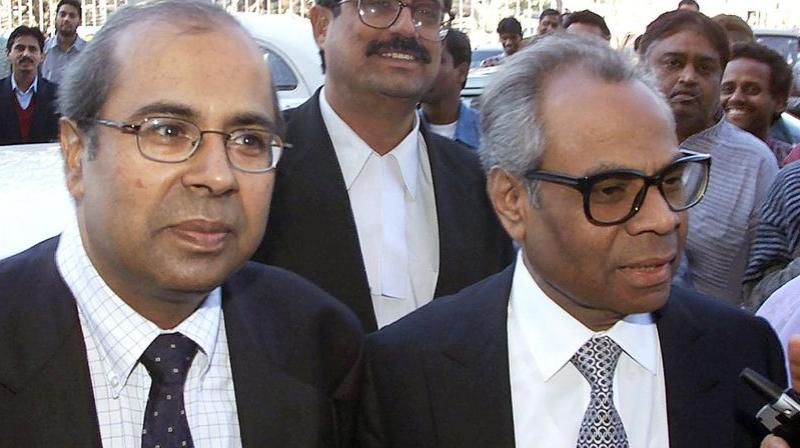 Sri and Gopichand Hinduja, who run the Hinduja Group of companies in the UK, registered a 1.35 billion pounds jump in their fortunes.

London: Indian-origin brothers dominate the annual rich list of Britain's wealthiest, with the Hinduja brothers ranked at No. 1 with a fortune of 22 billion pounds followed by Mumbai-born Reuben brothers in second place with 18.66 billion pounds.

Sri and Gopichand Hinduja, who run the Hinduja Group of companies in the UK, registered a 1.35 billion pounds jump in their fortunes over the previous year to return to the top of the Sunday Times Rich List' after topping it back in 2014 and 2017.

"Whether or not Britain leaves the EU, Gopi Hinduja is convinced it can forge a closer relationship with his family's homeland, notes the newspaper's profile on the 79-year-old Co-Chair of the Hinduja Group, GP Hinduja.

The London-based industrialist, along with UK-based brother Sri, 83, and their brothers Prakash, 73, and Ashok, 68, who live in Geneva and Mumbai respectively, control more than 50 companies with a total turnover of nearly 40 billion pounds worldwide in 2018, notes the Rich List.

The Hindujas, described as devout Hindus eschewing meat and alcohol, have stakes in oil and gas, IT, energy, media, banking, property and healthcare. Some of the biggest hike in profits last year came from London-registered Hinduja Automotive, which includes North Yorkshire bus maker Optare and saw profits rise by 50 per cent to 337 million pounds on 3.5 billion pounds sales in 2017-18.

Mumbai-born siblings David, 80, and Simon, 77, with interests across property and internet, have been on a buying spree, taking hold of 1 billion pounds of London property last year. The Reuben brothers snapped up Mayfair's 300-million pounds Burlington Arcade, Shoreditch's Curtain hotel and a 132 million pounds block in Piccadilly.

"The pair could be excused for feeling flush after selling another stake in their Global Switch data centres for 2.1 billion pounds last July, two years after banking 2.4 billion pounds for a separate chunk of the business," the Sunday Times' notes.

The brothers, who were ranked fourth in 2018, also saw a massive 3.56 billion pounds jump in their fortunes over the previous year.

Another Indian-origin billionaire, Lakshmi N. Mittal, suffered 3.99 billion pounds in losses to slip down to No. 11 in this year rich list, from No. 5 in 2018. The Rajasthan-born steel magnate logged a business worth 10.66 billion pounds last year as he gets set to take control of his first steel plant in India with a purchase from Essar Steel.

The list, which estimates the 1,000 richest people in the UK, is based on identifiable wealth including land, property, other assets such as art, and shares in companies. It does not include the amount contained in people's bank accounts.