Business   In Other News  12 Apr 2020  Coal Ministry asks States not to import coal, domestic supply from CIL
Business, In Other News 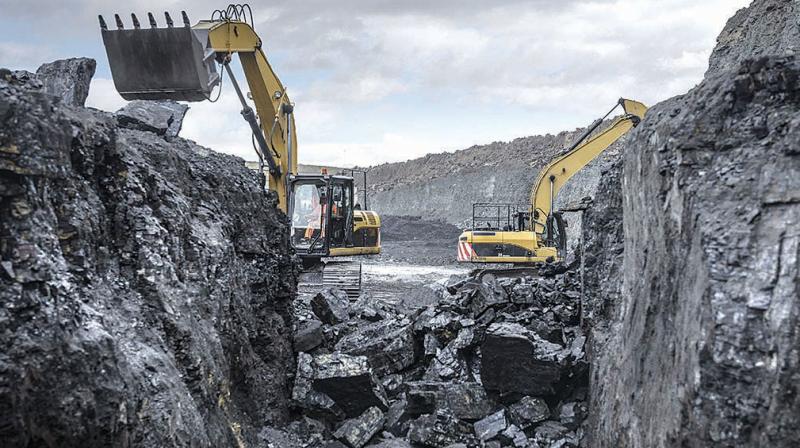 New Delhi: Coal Minister Pralhad Joshi has written to chief ministers of all states asking them to not import the dry fuel and take domestic supply of fuel from state-owned CIL, which has the fossil fuel in abundance.

The development comes at a time when there is a drop in power demand in the country in the wake of the lockdown imposed to contain the deadly coronavirus.

A source privy to the development said the "Coal Minister a few days back wrote to chief ministers of all the states asking them to not import coal".

The minister asked the states to take the domestic supply of coal from Coal India Ltd (CIL) which has ample availability of the dry fuel, the source added.

In a bid to give a boost to coal demand hit by the ongoing lockdown, the government has also announced a slew of measures like increased dry fuel supply for linkage consumers.

Joshi announced several relief measures for consumers of CIL, including the power sector, in the wake of situation arising from coronavirus, according to coal ministry.

The ministry also approved relaxation in quantity of coal for linkage consumers.

"Now, they can lift quantities even beyond their contracted quantity, if coal is available at the mines," the ministry had said.

It also announced that no performance incentive shall be levied on power consumers if CIL supplies more than the upper limit of Fuel Supply Agreement (FSA).

"The mark-up over the notified price for purpose of base price in auctions to Non-Regulated Sector (NRS) has also been reduced," the ministry had said.

Now, the auctions will be held at notified price.

"These measures are expected to give boost to coal demand in the present situation. We will review the situation in September 2020 for further continuance," Joshi had said.

About 80 per cent of India's domestic coal production comes from CIL.

"In producing 3.85 MTs on 30 March, CIL has set up a new record for the highest ever production in a day since inception," an official statement said.

Coming back strongly in the last quarter of FY'20, CIL clocked a robust 9.9 per cent production growth compared to same quarter of 2018-19.