The minister says all expenses are factored in while fixing menu rates. 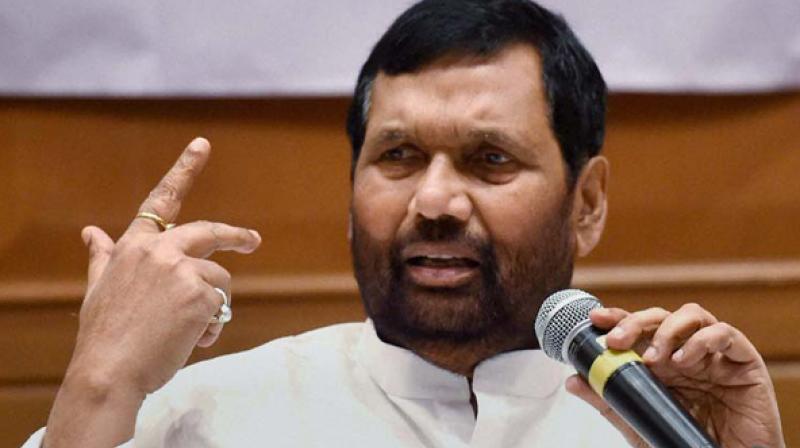 New Delhi: Consumer affairs minister Ram Vilas Paswan said on Wednesday that imposing service charge on food and drinks at hotels is an unfair trade practice and consumers need not pay it.

The minister said the consumers should be informed about service charge in the menu card itself and not in the bill. Mr Paswan also mentioned that in future such cases would be addressed effectively as a provision has been made in the new Consumer Protection Bill to set up a regulator CCPA.

The Bill is likely to get passed in the Budget session of Parliament. He also argued that there is no need to take service charge from consumers as price of each food item quoted in the menu card is arrived at after factoring in all expenses.

Explaining the steps that the ministry is taking to curb the unfair trade practice, consumer affairs secretary Hem Pande  said, “They (hotel managements) know that what they are doing is wrong. We had a meeting with them yesterday. We told them to come up with suggestions to address the problem.”

Mr Pande said the government cannot take stringent action at present as the consumer affairs ministry does not have sufficient powers. “Such cases will be effectively addres-sed by Central Consumer Protection Authority (CCPA) which will be set up after the new consumer protection Bill gets passed in Parliament,” he said. CCPA will have powers to take suo mottu action on such cases, he added.

Right now, he said the government is creating an awareness among consumers on the issue.