Business   In Other News  11 Oct 2018  Excise duty on aviation turbine fuel lowered to 11 per cent
Business, In Other News

Excise duty on aviation turbine fuel lowered to 11 per cent 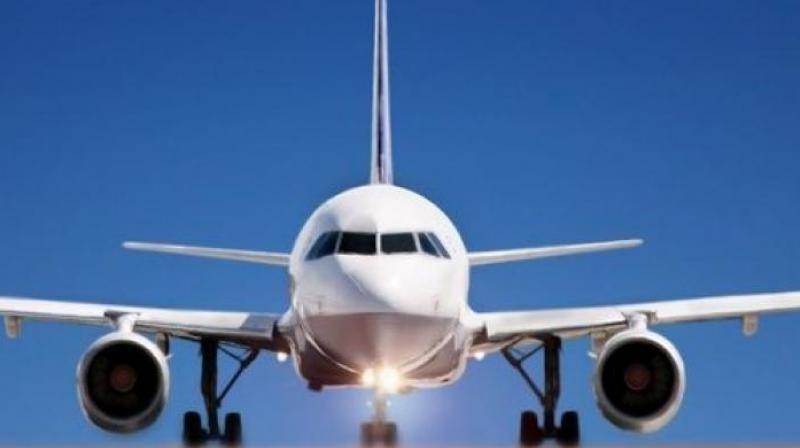 New Delhi: After petrol and diesel, the government on Wednesday cut excise duty on jet fuel to 11 per cent to give relief to the aviation industry that has been in recent we­eks hit hard by rising fuel pri­ces and plummeting rupee.

Excise duty on aviation turbine fuel (ATF) has been reduced to 11 per cent from 14 per cent with effect from October 11, a notification issued by the revenue department in the finance ministry said. Jet fuel prices this month hit their highest level since January 2014 as rising international oil prices and plummeting rupee value pushed rates.

ATF prices, which curre­ntly are cheaper than petrol and diesel in Delhi, have since July spiked up by 9.5 per cent. They have been on upswing since July last year, rising every month except in July 2018. Jet fuel was priced at Rs 47,013 per kl in July last year and has risen by 58.6 per cent since then.

Just last week, the government had cut excise duty on petrol and diesel by Rs 1.50 per litre and asked sta­t­e-owned oil firms to subsi­d­ise the fuel by another Re 1 a litre. That step was matched by BJP-ruled states cutting local sales tax or VATS by an equal proportion to give customers hit by high auto fuel prices a relief of about Rs 5 per litre.

The aviation industry has been seeking lower taxes to help offset the impact of high oil prices. Among others, Ajay Singh of Spicejet had voiced concerns over rising international oil prices and asked the government to take up some policy measures to help the industry.

Unconfirmed reports th­at the government annou­n­ced the excise duty cut after seeking approval of the Election Commission as the mo­del code of conduct came in­to force on Saturday after an­nouncement of polls in states like MP and Rajasthan. Just last month the government had raise customs duty on ATF and 18 other non-essential import items in a bid rein in currently account deficit and shore up the rupee.

Basic customs duty of 5 per cent was imposed on ATF. It previously attracted nil duty. This led to an increase of Rs 2,000 per kl in prices.  While the twin mov­es on auto fuels had led to price of petrol drop from a record high of Rs 84 per litre to Rs 81.50 in Delhi and that of diesel to all-time high of Rs 75.45 to Rs 72.95 a litre on October 5, rate hikes on subsequent days has pushed prices upwards. Petrol now costs Rs 82.26 per litre and diesel to Rs 74.35.

The government had in 2016 hiked excise duty on ATF to 14 per cent from 8 per cent. ATF like petrol and diesel is not covered by the goods and services tax regime that on July 1 last year amalgamated 17 different central and state taxes.

The central government currently charges 14 per cent excise duty on ATF. On top of this, states charge up to 30 per cent sales tax or VAT – Odisha and Chhattisgarh have 5 per cent VAT while Tamil Nadu taxes ATF at 29 per cent, Maharashtra and Delhi at 25 per cent and Karnataka at 28 per cent.

When the GST was introduced on July 1 last year, five commodities – crude oil, na­tural gas, petrol, diesel, and ATF – were kept out of its purview for the time being.

During the day, aviation stocks were in high demand on Wednesday, surging up to 8 per cent amid reports of a likely cut in excise on ATF.