The research has been done in collaboration with San Jose University, US. 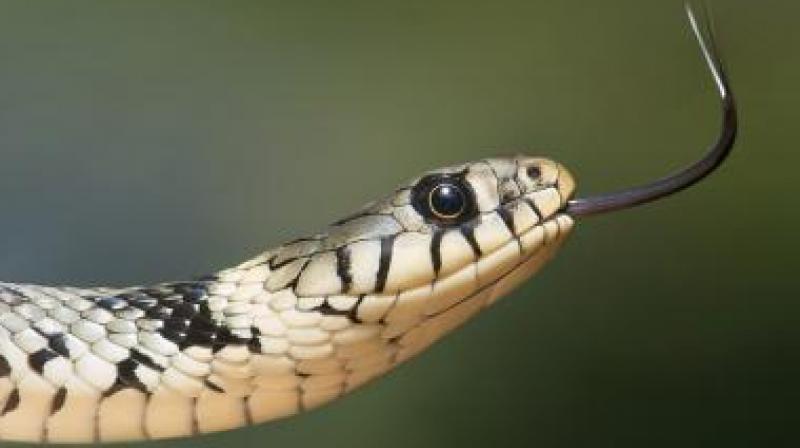 Students at the prestigious Indian Institute of Technology (IIT) here have produced what could be a cheaper and more effective solution for neutralizing the toxic effect of a snake venom.

New Delhi: Students at the prestigious Indian Institute of Technology (IIT) here have produced what could be a cheaper and more effective solution for neutralizing the toxic effect of a snake venom.

The research has been done in collaboration with San Jose University, US. "Purification of peptides offers unique challenges with respect to obtaining the desired process yield and selectivity. Lethal Toxin-Neutralizing Factor (LTNF) is a peptide that is known to neutralize snake venom. A process for producing highly purified recombinant LTNF has been developed,” said Anurag Rathore, one of the researchers.

Snakebite has been a neglected disease for decades until the World Health Organization (WHO) included it in the list of tropical neglected diseases in 2009. Researchers at IIT Delhi have developed a process to manufacture LTNF using recombinant DNA technology and has filed for a patent for the same. The product has shown efficacy against rattlesnake and viper venoms and is undergoing further testing.

If successful, LTNF based therapy will offer a more cost-effective as well as stable substitute for currently available anti-venoms against snakebite.

"Snakebite can cause tissue necrosis, severe haemorrhaging, paralysis, heart failure, and other significant effects depending on the type of snake and severity of the bite. The estimated number of snake bites around the world is as high as 1.84 resulting in death of more than 1 million people every year. More than a lakh die every year in India," he said.

"There was a dire need for designing a process for manufacturing anti-venom that is cheaper and more effective. Current anti-venoms are produced in livestock, and the resulting anti-venom products can cause allergenic reactions in patients," he added.