Microequity is a must for startups’ success 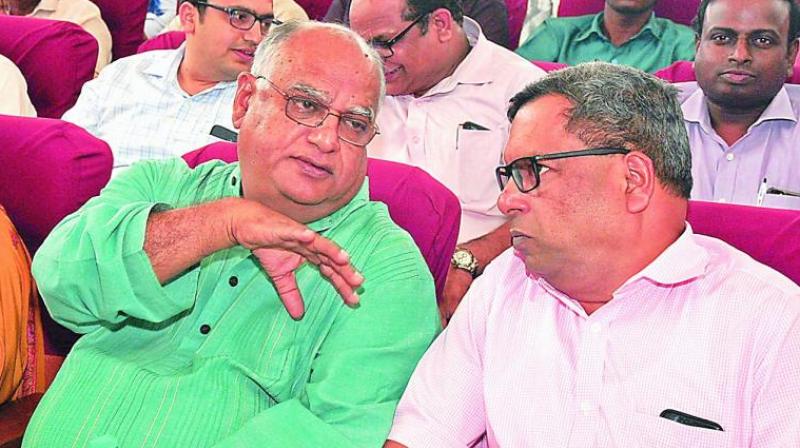 Hyderabad: In wake of growing focus of governments to encourage youth to take up entrepreneurship, finance indu-stry veteran Vijay Mahajan has called upon financial institutions to create a new form of financing which could reduce the risk involved in funding startups that have high failure rate.

India is expected to have one of the largest young population, who require to be employed.

According to  some estimates, he said around 24 crore youth need livelihood in the country. Recent data shared by the labour department shows that employment generation has been declining, despite high economic growth.

“The only way such a high figure (of jobs) can be attained is through self-employment. But startups have a failure rate of around 70 per cent. So, what about the finances provided to these failed startups?,” he asked.

A high failure rate typically deters financial institutions to shy away from meeting their finance requirements, potentially stunting their growth.

Mr Mahajan, however, feels that the high failure rate shouldn’t deter micro financial institutions from funding the start-ups as they are one of the future trends of the country.

In fact, the sector, he said, needs to create a new way of financing such microenterprises.

Speaking about the exc-lusive focus of micro finance companies on extending credit, Mr Mahajan claimed that a study showed that people first need savings and insurance before loans.

The focus of microfinance industry initially was on extending micro loans for rural women for income-generation purposes. The focus in the course of the time shifted to meeting loan requirements of poor sections of the society, whose borrowing needs are unmet by traditional banking channels.

Speaking about the new craze for rolling out apps for everything, Mr Mahajan said India needs to develop a middle way, which uses both the app and tech-savvy agents to help the 750 million who are unlikely to move into the urban parts of the country.