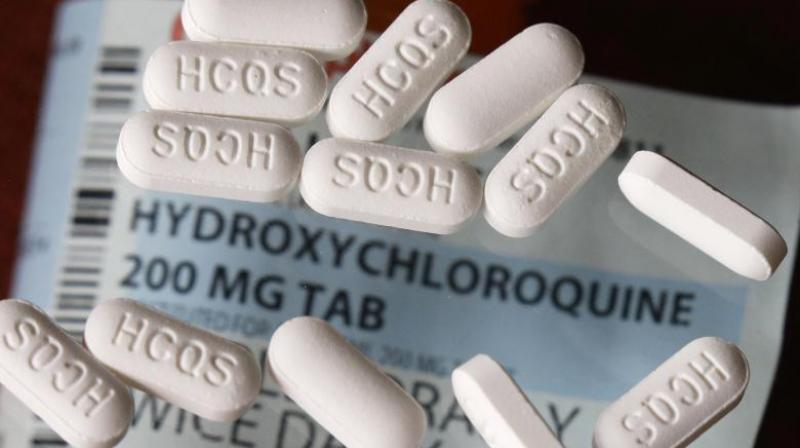 India has lifted an export ban on hydroxychloroquine, the anti-malarial drug. (AFP Photo)

BENGALURU: India has lifted an export ban on hydroxychloroquine, the anti-malarial drug touted by U.S. President Donald Trump as a potential “game changer” in the fight against the COVID-19 pandemic, a minister said late on Wednesday.

"Department of Pharmaceuticals has approved the lifting of ban on Export of Hydroxychloroquine API as well as formulations," India's minister for chemicals and fertilizers, Sadananda Gowda, said on Twitter.

Department of Pharmaceuticals has approved the lifting of ban on Export of Hydroxychloroquine API as well as formulations. Manufacturers except SEZ/EOU Units have to supply 20% production in the domestic market. DGFT has been asked to issue formal notification in this regard.

Manufacturers, except export-oriented units and those in special economic zones, would still have to supply 20% of their production to the domestic market, Gowda said.

The country, a leading exporter of generic medicines across the world, banned the export of the drug and its formulations in March as the coronavirus outbreak disrupted supply chains.

But India eased some of these restrictions in April and shipped 50 million tablets of the drug to the United States that month, Reuters reported.

Trump’s championing of hydroxychloroquine had initially raised expectations for the treatment, but conflicting reports of its efficacy have added to confusion about the decades-old drug.

British scientists last week halted a major trial after it found that the drug was “useless” at treating COVID-19 patients.

A Lancet medical journal study that found hydroxychloroquine increased the risk of death in COVID-19 patients was withdrawn a week after it led to major trials being halted.

Meanwhile, the World Health Organization said it will resume its trial of the drug for potential use against the novel coronavirus after those running the study briefly stopped giving it to new patients over health concerns.

IPCA Laboratories and Cadila Healthcare are two leading Indian manufacturers of the drug. IPCA’s shares were down 1.2%, while Cadila’s stock was up 1% in a broader Mumbai market that was lower on Thursday.