Business   In Other News  10 Sep 2019  Gold ETFs register first inflow in Aug at Rs 145-cr on higher gold prices
Business, In Other News

Higher gold prices in India may have helped investors in pumping their money in gold ETFs. 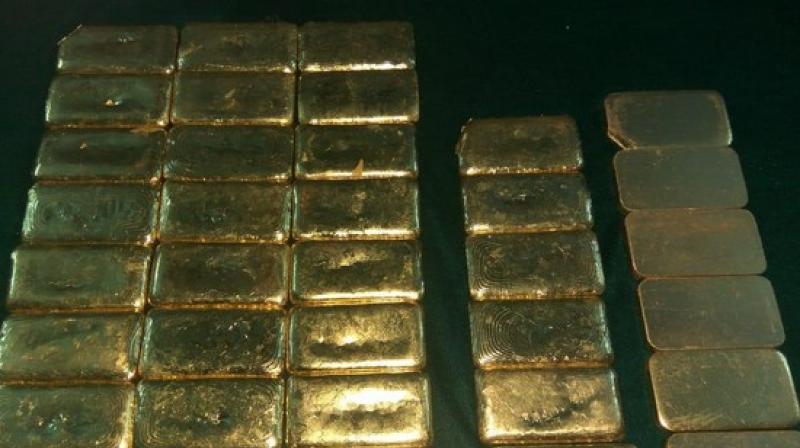 New Delhi: Gold exchange-traded funds witnessed a net inflow of Rs 145 crore in August, making it the first such infusion in nine months, as higher gold prices and weak rupee have made investors bet big on this safe-heaven asset.

This also marks the highest inflow since December 2012, when gold exchange-traded funds (ETFs) had seen a net infusion of Rs 474 crore.

There has been a significant uptick both in terms of month-on-month and year-on-year basis.

According to latest data available with Association of Mutual Funds in India (AMFI), a net sum of Rs 145.29 crore was pumped in gold-linked ETFs last month.

This was the first inflow since November last year, when Rs 10 crore was infused in such instruments.

Prior to this, gold ETFs had seen a net inflow of Rs 20 crore in October 2016 and before that, an inflow of Rs 5 crore was witnessed in such funds in May 2013.

The latest inflow pushed asset under management (AUM) of gold funds to Rs 5,799 crore in August-end from Rs 5,080 crore at the end of July.

"Gold ETFs witnessed buying for the first time in months, on the back of increasing gold prices internationally as well as a weaker rupee, which has led to optimism around gold as an asset class," Kaustubh Belapurkar, Director - Manager Research, Morningstar India said.

Besides, higher gold prices in India may have helped investors in pumping their money in gold ETFs, experts said.

Belapurkar however said "it is still early, until a trend of sustainable inflows is not witnessed, it will be difficult to establish if the sentiment towards gold has truly changed".

Over the last few years, retail investors have been putting in more money into equities, as compared to gold ETFs, mainly on account of strong return.

Gold ETFs are passive investment instruments that are based on price movements and investments in the metal. PTI SP DRR 09101445 NNNN