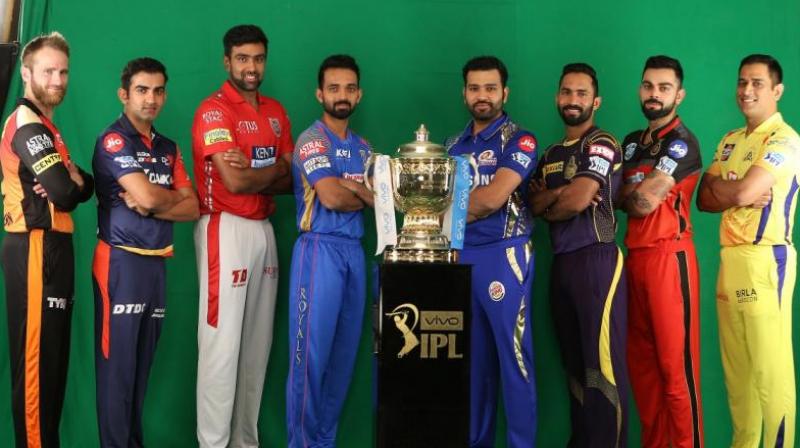 The overall value of the IPL ecosystem grew 18.8 per cent to USD 6.3 billion from USD 5.3 billion in 2017, mostly due to the surge in the broadcasting rights fee.

Chennai: The overall value of the IPL ecosystem grew 18.8 per cent to USD 6.3 billion from USD 5.3 billion in 2017, mostly due to the surge in the broadcasting rights fee.

The Mumbai Indians, with a brand value of USD 113 million, continues to top the charts for the third season in a row.

Star India, the new broadcasting partner for the Indian Premier League (IPL), increased the broadcast rights fee by 18.9 per cent. Under Star, content delivery expanded to its various regional channels with commentary in eight different languages.

This resulted in increased viewership of IPL matches, according to the IPL Brand Valuation Report 2018 prepared by Duff & Phelps, a global valuation and corporate finance advisor.

“Star India’s broadcasting rights deal was a game changer that put IPL on par with some of the biggest sporting leagues in the world (on a fee per match basis),” said Varun Gupta, MD, Duff & Phelps and Asia Pacific leader for valuation advisory services.

“The change in content consumption, influx of over-the-top (OTT) and digital viewing platforms and increased support from advertisers, broadcasters and sponsors have given the IPL greater significance in terms of brand value,” he said.

The 11th season of the cash rich league in 2018 also witnessed the importance of OTT sports viewership, which has become an established and fast-growing market.

This surge in online streaming of IPL matches and the increasing momentum of OTT as a medium to watch sports online was also one of the key reasons for companies to show willingness to acquire digital rights for streaming IPL. Social media too continued to be an important driver of brand value.

While Mumbai Indians grew their brand value by 7 per cent from USD 106 million in 2017 to USD 113 million in 2018, Kolkata Knight Riders were in the second place with a value of USD 104 million.

The on-field performance and the Dhoni factor helped Chennai Super Kings (CSK) to neutralise the negative impact of two-year ban, as they were valued at $98 million alongside Royal Challengers Bangalore. Sunrisers Hyderabad, Delhi Daredevils and Kings XI Punjab grew their brand value by 25 per cent, 18 per cent and 27 per cent, respectively.