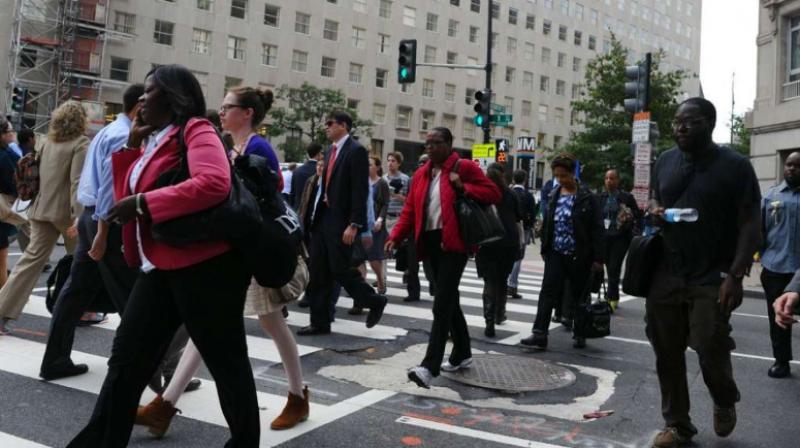 NEW YORK: A staggering 16.8 million Americans lost their jobs in just three weeks, a measure of how fast the coronavirus has brought world economies to their knees. Meanwhile, religious leaders worldwide Thursday urged people to celebrate Good Friday and Easter from the safety of their homes.

In other developments, British Prime Minister Boris Johnson was moved out of intensive care at the London hospital where he is being treated for the virus. The 55-year-old had taken a turn for the worse early in the week as his country descended into its biggest crisis since World War II.

Governments warned that the hard-won gains against the scourge must not be jeopardized by relaxing social distancing over the weekend. Across Europe, where Easter is one of the busiest travel times, authorities set up roadblocks and otherwise discouraged family gatherings.

A spike in deaths in Britain and New York and surges of reported new infections in Japan and in India’s congested cities made it clear the battle is far from over.

New York state reported a record-breaking number of dead for a third straight day, 799. More than 7,000 people have died in the state, accounting for almost half the U.S. death toll of more than 16,000.

“That is so shocking and painful and breathtaking, I don’t even have the words for it,” New York Gov. Andrew Cuomo said.

Numbers released Thursday by the U.S. government showed that 6.6 million workers applied for unemployment benefits last week, on top of more than 10 million in the two weeks before that. That amounts to about 1 in 10 American workers the biggest, fastest pileup of job losses since the world’s largest economy began keeping records in 1948.