The total passenger traffic for FY2017 is estimated to be around 265 million, which means capacity utilisation of more than 90 per cent. 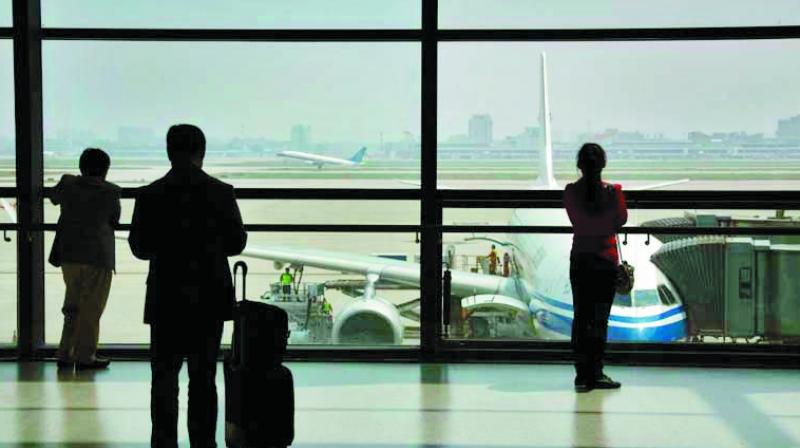 Privatisation has been sluggish because of challenges like approvals, land acquisition; regulatory uncertainty primarily pertaining to fixation of aeronautical tariffs.

Mumbai: An investment of Rs 1.4 lakh crore will be required in the next five years to double the existing capacity of the country’s airports to meet the air traffic estimated at 450 million passenger traffic in 2022.

The total passenger traffic for FY2017 is estimated to be around 265 million, which means capacity utilisation of more than 90 per cent.

Private players will have to play a bigger role than in the past because of the huge investment involved, according to Harsh Jagnani, vice-president and sector head, corporate ratings, Icra.

The Airports Authority of India had in the last 10 years invested 32 per cent of the total capital expenditure while the rest came from private players.

But after the experience of private players who between 2004-06 participated in the  privatisation of Bengaluru, Delhi, Hyderabad and Mumbai airports, privatisation has been sluggish because of challenges like approvals, land acquisition; regulatory uncertainty primarily pertaining to fixation of aeronautical tariffs; market risks around greenfield airports or second airports etc. said Icra.

Also, Icra points out there is need for greater policy clarity on many issues, primarily where private participation is required.

The National Civil Aviation Plan 2016 (NCAP 2016) for instance directs all future tariff calculations to be based on Hybrid Till, under which a portion of non-aeronautical revenues is not deducted from the target revenue while calculating tariffs.

This is expected to incentivise the private developers and operators to participate in the aviation infrastructure development but this results in higher airport tariffs, which are ultimately recovered from passengers, says Icra.