Business   In Other News  10 Jan 2019  Finance Minister Jaitley to present Interim Budget on February 1
Business, In Other News

The Budget Session of the Parliament will be held from January 31 to February 13. 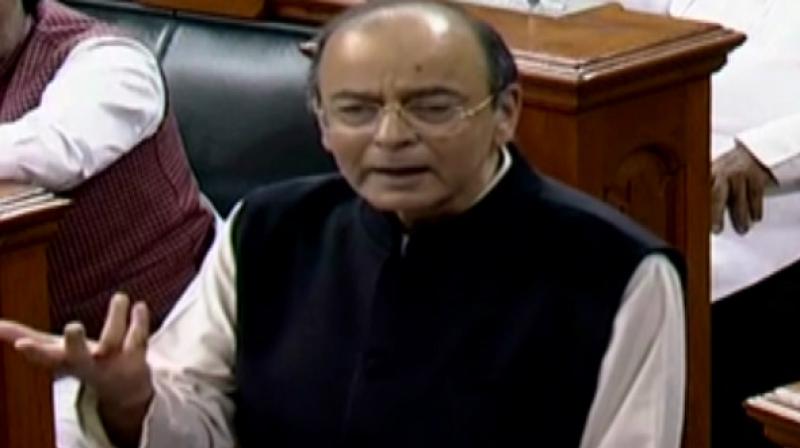 This will be the last Budget of the current BJP-led NDA government before the General Elections. (Photo: ANI)

New Delhi: Finance Minister Arun Jaitley will present the Interim Budget on February 1, while the full-fledged Union Budget will be presented by the new government, sources said on Wednesday.

The Budget Session of the Parliament will be held from January 31 to February 13, which was decided in the meeting of the Cabinet Committee on Parliamentary Affairs (CCPA), sources further informed. This will be the last Budget of the current BJP-led NDA government before the General Elections.

As per the standard practice, a vote-on-account or approval for essential government spending for a limited period is taken in an election year and a full-fledged budget is presented by the new government. If the budget date falls few months ahead of polls, then an Interim Budget is presented.

The Lok Sabha elections are scheduled to be held between March and April this year, and accordingly, the new government at the Centre can be formed sometime in May. Narendra Modi had taken oath as the Prime Minister of India on May 26, 2014.

It is worth mentioning that then Finance Minister P Chidambaram had presented an interim Budget in 2014. His successor Arun Jaitley had presented a full-fledged Budget in July 2014 when the new government was formed after the Lok Sabha elections under the leadership of Prime Minister Narendra Modi.