This app also tries to position Trupik as a hybrid ecommerce marketplace. 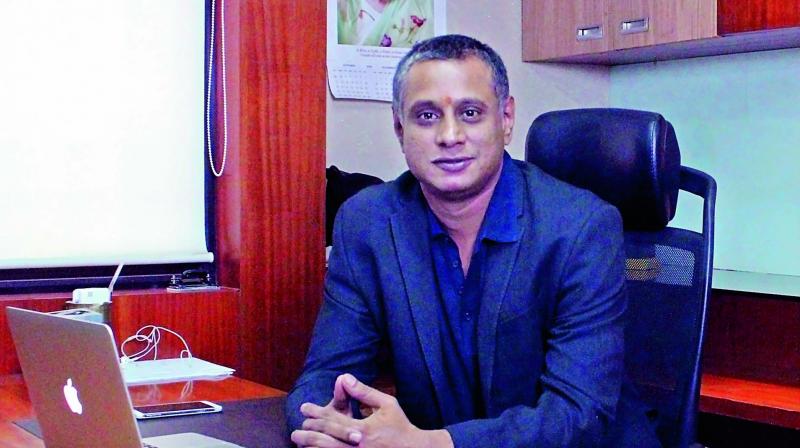 Hyderabad: Necessity is called the mother of invention. But there are exceptions as sometimes innovators come up with a product even before people feel the need for it. Such innovations are primarily driven by an attempt to increase the comfort of its users. Hyderabad-based Sridhar Tirumala belongs to this category as he tried to bring in technology to fashion.

Sridhar, an IIT Madras alumnus, entered the fashion world that most technocrats loath to step in, by launching a virtual fashion designer Trupik.

“I have a PhD in electronics from University of Massachussets. I had worked on most complex algorithms in the United States for a long time. However, I always wanted to do something new in India. When I came back to India, I found technology has not penetrated into the fashion world as it had done in other sectors. For example, shopping has shifted to online space, but we still chose our dresses in a traditional way by physically trying them out.”

He said the requirement of physically wearing the dress to check if it fits us is leading to several complications for suppliers and ecommerce players as it intends to increase product returns.

“Our app addresses this lacunae. It allows users to key in their details such as height and waist size. Based on the inputs, it will create their avatars which will show whether the selected product fits them or not,” Mr Sridhar said.

While the feature is available currently in their app, Mr Sridhar is in talks with ecommerce marketplaces as it will allow them to cut product returns and huge money in logistics.

This app also tries to position Trupik as a hybrid ecommerce marketplace, where it connects the stores and consumers. Logistics of delivery will be borne by the garment store.

Mr Sridhar, who published 43 papers and has 12 patents to his name in information technology, feels that an innovator needs to understand the gap between what is available and what is required.

Prior to Trupik, he was a scientist at a US firm where he invented an algorithm, which cut the power consumption of mobile devices by 25 per cent.