Business   In Other News  09 Oct 2019  How Social Media is playing vital role in crowd-funding for a social cause?
Business, In Other News

How Social Media is playing vital role in crowd-funding for a social cause?

The country constituting the highest number of Facebook users at 241 million. 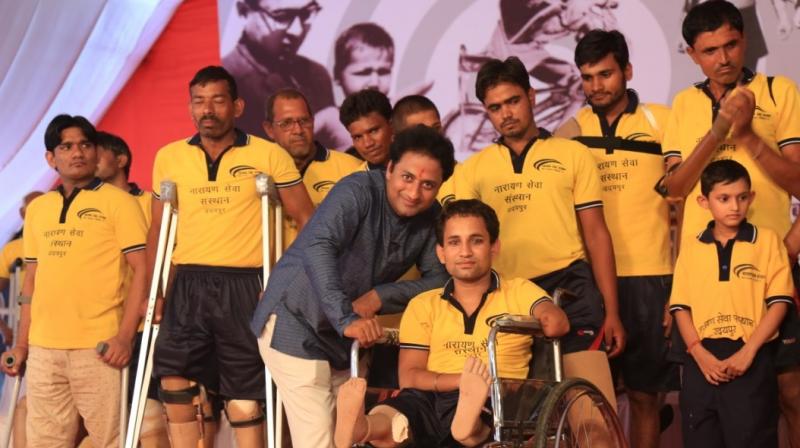 Generally, most social media posts of NGOs revolve around largely planned fund raising activities where they provide economic relief on emergency surgery to the patient.

According to various news platforms, India is becoming the fastest growing smartphone market where buying and selling is becoming part of life for every Indian. India’s data usage per smartphone is also the highest in the world with 9.8 GB being used per month. It is also said to double to around18 GB around 2024. Around 35 per cent of the total population in India are present on internet, with the country constituting the highest number of Facebook users at 241 million. With the popularity of several major social media platforms like Facebook, Instagram, TikTok, YouTube and Pinterest, many organizations are using them to reach out and build awareness on critical social issue. This is for the donors who share a common motive of helping the underprivileged, differently-abled and isolated poor people.

To leverage social media platforms while focusing at target audience, Ngo uses photographs of patients, videos, graphics, infographic and content to spread awareness about the campaign which will raise interest among social media users and reach out potential donors. This is why most NGOs follow the same procedure to target their audience for campaigns and become a bridge between donors and beneficiaries. There are other ways to create engagement with social media users, such as remarketing strategy; shooting newsletters of welfare activities where donors can directly help beneficiary without any NGO participation is a great way to gain interest and increase engagement.

Generally, most social media posts of NGOs revolve around largely planned fund raising activities where they provide economic relief on emergency surgery to the patient who cannot afford costly medical services. Some more such campaigns are planned by NGOs around free food, limbs, education or certain activity for the deprived human beings according to the nature of the NGO. Under the emergency circumstances, the crowd attention is required to support on life-threatening disease, such as Kidney, Cancer, Cerebral Palsy and Spine. Thalassemia and several diseases of the newborn babies also fall under the same category.

One of the prominent cases of crowd-funding was of Raja, from Jharkhand, who was suffering from Thalassemia. Both Raja and his brother, from Godda, Jharkhand were suffering from the same disease. Their parents spent every penny for their treatment, but soon spent all their assets and the help they were receiving from others were not adequate. Jaykant Majhi, Raja's father, used to work as a laborer but couldn’t make enough money for two square meals a day, which forced Raja’s mother to go out and beg.

The family used to carry a banner with a message for help. Noticing this, Narayan Seva Sansthan’s team shared Raja’s story on various social media platforms including Facebook, Instagram and Twitter, where most of their target audience could extend their help by offering donations and sharing the posts to get others’ attention too. Followers were made aware of the several mediums through which they could provide help, and were kept updated about the status of the fund through daily posts until the required support was provided. Most crowd funding organizations send the entire fund to the hospitals and patients without using any mediators for the purpose of maintaining transparency. Raja’s story raised funds for Rs 8, 16,015 for his and his brother’s surgery.