Private consumption spend has hit an 18-quarter low of 3.1 per cent in Q1. 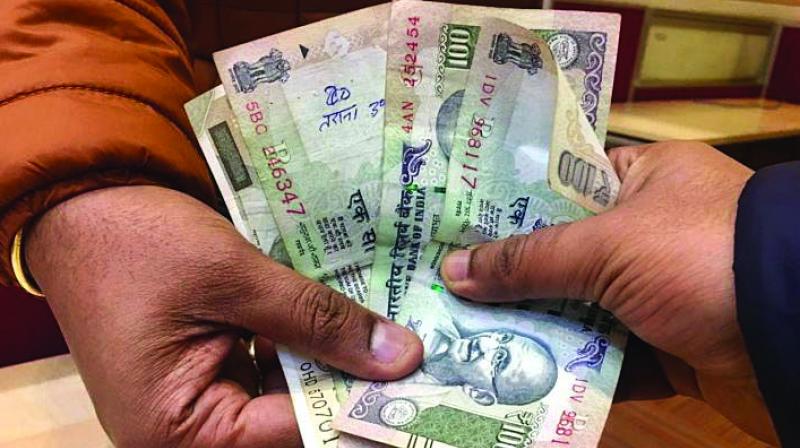 The increase in PF deduction, though beneficial for employees in the long-run, is leaving less money in their hands for discretionary spending and investment.

Mumbai: The slowdown in economic growth, accelerated by the deep contraction in consumer discretionary spending, has been complicated by the higher provident fund (PF) deduction, which has reduced the take-home salary of employees from April this year. The increase in PF deduction, though beneficial for employees in the long-run, is leaving less money in their hands for discretionary spending and investment.

The deduction in take-home salary is coming at a time when white-collar wages in the private sector have stagnated, with no or paltry increments being added to their wages in the last few years. In many segments, white-collar wages have degrown in real terms, as pointed out by Prashant Jain, Chief Investment Officer of HDFC Asset Management Co, in a recent interview.

It is observed that salaried persons at the bottom of the pyramid in stressed sectors like telecom, airline, real estate, banking—especially public sector banks—and financial services have seen low or no increment in their salaries during the last two to five-year period.

The Supreme Court, on February 28, 2019, ruled that employers cannot segregate special allowances from basic wages for the purpose of calculating PF contribution.

“This is a very important judgement, as it impacts cost to companies (employers) and take-home salary of employees,” said Ramesh L Soni, a management consultant and labour laws adviser.

As a result from April, the first month of the new fiscal year, salaried persons are receiving lower take home salaries and their PF contribution has gone up by almost 100 per cent in some cases because of their salary having a higher special allowance component,” he said.

Rahul Mantri, Co-Founder and Chief Financial Planner, Midas Touch, a Pune-based certified financial planner, said, “People are not complaining as they will benefit at the time of retirement, but it impacts those whose salaries are neck and neck with their monthly budget because of home loan and other EMIs.”

Salaries at the bottom of the pyramid in some companies are rising at a feeble rate of 3 to 4 per cent. Employers are resisting any increase in the cost-to company (CTC) of this segment, as 50 per cent of employees are at the junior level. Salary hike at the top level, which constitutes a relatively small percentage, would actually cost a company much less.

As a result, the growth in private consumption expe-nditure, the backbone of India’s economic growth, has nosedived to an 18-quarter low of 3.1 per cent in the June 2019 quarter from 7.2 per cent in the previous March quarter and 7.3 per cent a year ago.

Devendra Panth, Chief Economist, India Ratings and Research, said falling household saving is a key challenge for the eco-nomy and is leading to structural growth slowdown.

As such, households savings has been on a steady decline. The latest Economic Survey shows household savings declined from 23.6 per cent in FY12 to 16.3 per cent in FY18. The higher PF deduction is expected accelerate this trend.