Business   In Other News  09 Sep 2018  Kandla Port Trust to develop waterways in 2 Gujarat rivers: Minister
Business, In Other News

The proposed waterways in Tapi and Narmada rivers in Gujarat will be developed by state-owned Kandla Port Trust. 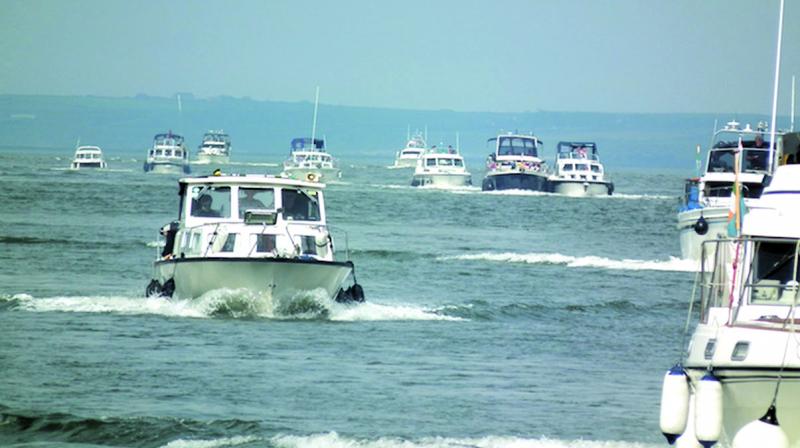 Union minister Mansukh Mandaviya has said the proposed waterways in Tapi and Narmada rivers in Gujarat will be developed by state-owned Kandla Port Trust.

Vadodara: Union minister Mansukh Mandaviya has said the proposed waterways in Tapi and Narmada rivers in Gujarat will be developed by state-owned Kandla Port Trust.

The Minister of State for Road Transport & Highways, Shipping, Chemicals, and Fertilisers told this to PTI after a review meeting on road projects with MPs, MLAs and officials of the National Highways Authority of India (NHAI) here Saturday. "Kandla Port Trust will invest the money needed for the development and maintenance of waterways in Tapi and Narmada rivers," he said.

The Inland Waterways Authority of India (IWAI) has initiated the process to finalise the detailed project reports (DPRs)for the development of waterways in both these rivers, the minister said. Mandaviya said this came afterthe technical feasibility reports, which said the waterways were technically viable in the two rivers. According to the minister, sea transport was safer than road transport for movement of goods and passengers.

"Development of inland waterways in Tapi and Narmada rivers is cost-effective and environmentfriendly. It will help reduce the burden on roads, as around 140 truckloads of goods can be accommodated in a single 2,000-tonne vessel," he said.

Mandaviyaclaimed that in the European countries, 40 per cent goods is transported via waterways, whereas in India it is just five per cent. "Besides that, water transport is cheaper than the other modes," he said.