Housing supply, sales up in FY19 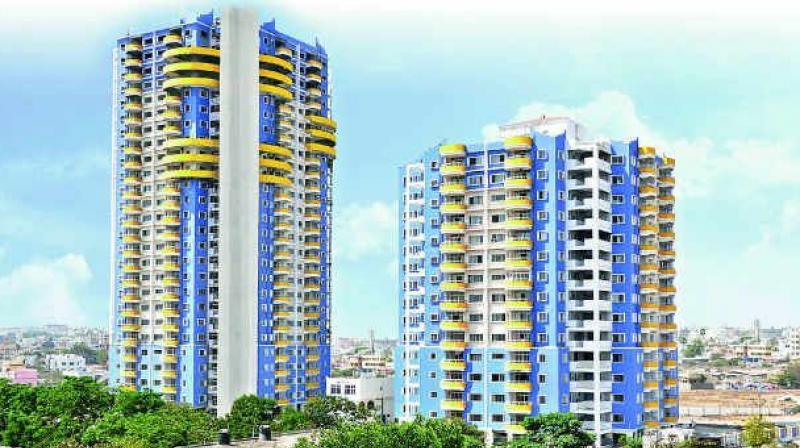 The affordable segment spearheaded residential growth during the year.

Chennai: Despite the NBFC liquidity crisis, housing supply in top seven cities grew by 65 per cent and sales by 29 per cent in FY19. GST rate rationalisation, tax incentives for the affordable segment and recent repo rate reduction boosted the sentiments in the market.

Among the seven cities, the highest number of units was added in Mumbai Metropolitan Region- 77,300 units. Pune too added 39,205 units closely followed by Bangalore with 36,635 units. Mumbai topped in case of sales as well by selling 78,150 units. Bangalore sold 61,430 units and Delhi-NCR 48,970 units. In case of Pune, the supply went up five times in the fourth quarter over the same quarter last year, while the sales picked up only 80 per cent.

The March quarter saw a huge jump in both supply and sales across the cities. While supply went by 91 per cent, sales grew by 58 per cent. The momentum picked up in the last quarter is expected to continue in FY20 as well.

"While we anticipated a negative spill-over impact of the NBFC crisis in the March quarter, housing sales and new supply assumed an upward trajectory," said Anuj Puri, Chairman of Anarock Property Consultants. "The sector is currently riding on a new wave of optimism following the triple benefits it received from the government in the initial months of the fiscal. These sops have not only increased homebuyers' sentiments but will also boost the confidence of builders and long-term investors," he added.

GST rates were slashed to 5 per cent for premium homes and 1 per cent for affordable homes without Input Tax Credit. The government also brought less than Rs 45 lakh valued units in the affordable segment.

Developers reduced the average property sizes to align their products within the affordability bracket for more buyers. The affordable segment spearheaded residential growth during the year.