Business   In Other News  09 Apr 2018  Cement industry may post flat 5 per cent growth in FY19: report
Business, In Other News

The profitability margins and debt metrics of the cement companies may also come under pressure. 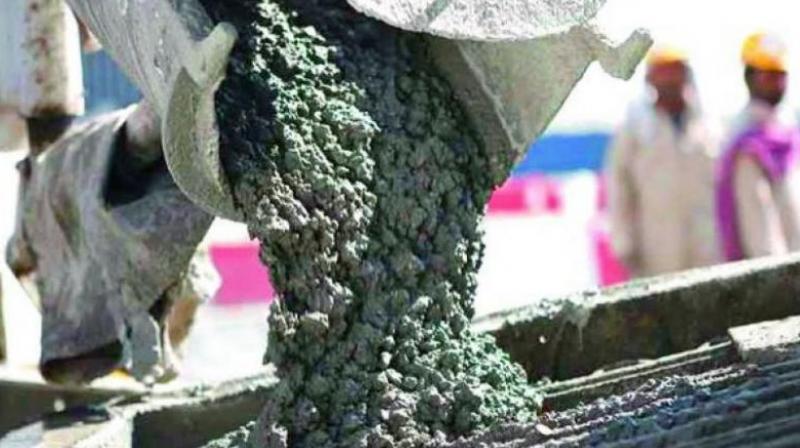 The cement industry is likely to register a flat growth of around 5 per cent in the current financial year.

Mumbai: The cement industry is likely to register a flat growth of around 5 per cent in the current financial year despite a pick-up in demand in recent months and healthy outlook ahead, a report said on Monday.

The profitability margins and debt metrics of the cement companies may also come under pressure in the coming quarters on higher petcoke, coal and diesel prices, rating agency Icra said in its report.

"The cement demand has picked up from Q3 FY18 and the trend is expected to continue in Q4 FY18, but the growth of the industry may remain flat at 5 per cent in FY19," it said.

Icra expects the cement demand to show a moderate growth of around 5 per cent in FY18 as well.

"A demand pick-up in the recent months, October 2017 to January 2018 by 13.4 per cent, is backed by low-cost housing in the eastern markets, Andhra Pradesh and Telangana along with the infrastructure demand from the eastern, southern and western markets," it said.

However, the sand availability issues persist in Rajasthan, Uttar Pradesh, Bihar and Tamil Nadu, which according to the agency, are adversely impacting the demand in these regions.

Icra said a pick-up in the affordable and rural housing segments and infrastructure - primarily road and irrigation projects - is likely to continue the demand growth momentum of around 5 per cent in FY19.

However, the agency expects the capacity overhang and the moderate demand growth to continue to keep the industry's capacity utilisation level close to 65 per cent over the medium-term.

According to the report, in Q3 FY18, cement prices remained largely similar on a quarter-on-quarter basis in most markets, except Hyderabad, where they witnessed a decline by 5 per cent.

In other markets, a pick-up in the demand supported prices have continued to remain largely stable in January to February compared to Q3 FY18.

In the Hyderabad market, the prices were on a declining trend and reached around Rs 265 per bag in November 2017, after which they increased by Rs 20 per bag to Rs 285 per bag in December 2017 and sustained at the same level until February 2018.

Overall, in 11 months of FY18, the average cement prices in Ahmedabad and Kolkata have been higher by Rs 45 per bag and Rs 20-25 per bag, respectively, on a year-on-year basis.

While the prices in Chandigarh in 11 months of FY18 are largely similar to that in 11 months of FY17, those in Hyderabad are lower by Rs 5-10 per bag.. Icra Ratings senior vice-president Sabyasachi Majumdar said lumpy capacity additions in the recent past have led to an increase in debt levels and some deterioration in credit metrics, although they still remain at comfortable levels for most of the larger players.

"Further, higher power and fuel (increase in coal and pet coke prices) and freight costs (increase in diesel prices) in FY18 and in the coming quarters of FY19 is likely to continue to put pressure on the profitability margins and debt metrics of the cement companies," he added.

Hence, according to Majumdar, the ability of the industry players to secure increases in cement prices remains critical from the profitability perspective.