CSR: The moral voice of business

CSR is the umbrella term for how business relates to the broader cultural, economic and political environment in which it operates. 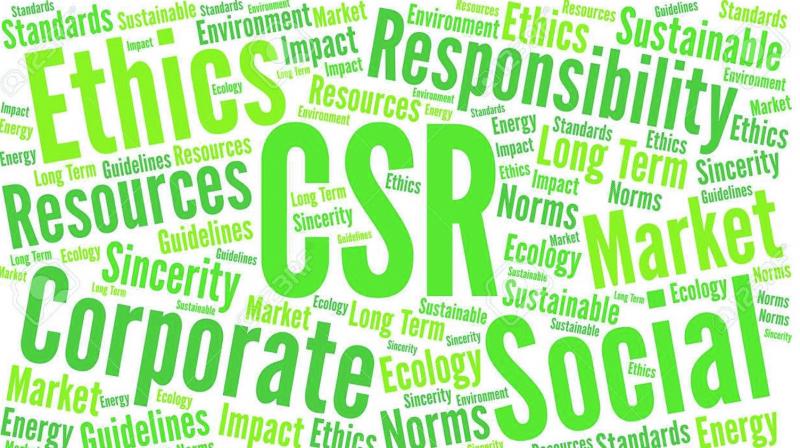 CSR is critical to integrating ethical, social and environmental principles into the core business, thereby enhancing long-term stakeholder value and touching the lives of over a quarter of the world’s population.

The recent years have seen a growing realisation among societies that businesses should play an active role in community development. Hence, a great deal of money has been flowing into the social sector. Like individual citizens, who have moral and social responsibilities, businesses are perceived as corporate citizens. Thus, they too are expected to shoulder social responsibilities. Apart from the socialist countries, which consider this philosophy a core element of their policies and programmes, the capitalist countries also feel that business corporations should commit a part of their time, talent and resources for the welfare of society as they draw their sustenance from it. This idea has now been corporatised under the appellation, “corporate social responsibility’ (CSR). It is a business approach that enjoins managing a business in a way that it contributes to sustainable development by delivering social, economic and environmental benefits for all stakeholders.

CSR is the umbrella term for how business relates to the broader cultural, economic and political environment in which it operates. It’s one of the biggest buzzes in corporate business, signalling that a company cares, and that it allies profit with principle. It addresses many areas such as, corporate governance, human rights health and safety, environmental effects, working conditions and contribution to economic development. The overarching goal of CSR is to drive change towards sustainability.

The CSR movement began as a response to advocacy that they should play a role in ameliorating social problems due to their economic power and overarching presence in daily life. The steel tycoon and one of the greatest philanthropists, Andrew Carnegie, whose business ethos was “to do well in order to do good” was one of the early advocates and steward of the CSR. It is not a new concept. Gandhi’s theory of trusteeship conceived this idea a long time ago. Gandhi’s theory of trusteeship intended to avoid the evils and combine the benefits of capitalism and communism, to socialise property without nationalising it, to influence private ownership with socialist content. Gandhi derided the voracious greed for profits of investors. Consider a man owning an industry. As a trustee, he was, first and foremost, expected to:

Going against the laissez-faire philosophy, which emphasises maximisation of profit and growth as the sole objective of corporations, there is a strong school of thought that believes that the role of a business corporation must extend to looking after the needs of society. Business corporations are rooted in a social environment and hence it is imperative for businesses to be sensitive to societal demands. The corporation should be able to maintain a proper balance between business objectives and social obligations.

CSR is rooted in the knowledge that businesses have a duty to enable all living beings to get a fair share of the planet’s resources. Businesses are powerful constituents of society and the most respected businesses feel oriented to do much more than making money; they exist to use the power of business to solve social and environmental problems. They are involved in a wide variety of community development projects related to, education, health, skills training, entrepreneurship, women empowerment, food security, livelihoods and supporting services for the differently-abled.

CSR is critical to integrating ethical, social and environmental principles into the core business, thereby enhancing long-term stakeholder value and touching the lives of over a quarter of the world’s population. CSR activities should be relevant to local, national and global contexts, keep disadvantaged communities as the focus, be based on sustainable development principles and implemented in partnership with NGOs, governments and other relevant stakeholders.

India has a unique law — the Companies Act 2013, and the Corporate Social Responsibility Rules, which came into effect on April 1, 2014. India is the first country to require companies to expend resources on CSR programmes. The push for legalisation came because voluntary CSR encouraged practices such as free-riding (companies taking advantage of benefits without actually spending), greenwashing posing as CSR, and false disclosures. However, CSR could be more socially relevant when it is a voluntary exercise driven by altruistic motives rather than a mandated policy that prods businesses to use creative means to camouflage business promotion activities as socially driven programmes. It is very difficult to legislate moral obligations. Laws only set minimum standards, but do not create an impetus for charitable action.

There are marked aberrations in the CSR agenda and they need a course correction. Many businesses are using these opportunities for enhancing their social profile and in the process expanding their business markets. These CSR projects are now the fulcrum of aggressive brand building exercises and are being leveraged to their fullest mileage. Charity leaders have a geographic bias with corporations funding projects closer to their headquarters. Consequently, more remote regions where development aid is acutely needed are being bypassed and deprived of this new social revolution. Politics can skew priorities, with some companies looking to gain goodwill by backing government-led projects rather than initiating independent initiatives. A popular CSR activity is contributing to natural disaster relief funds, which is probably directed at scoring favourable points with the political party in power.

Despite all the hyperbole, economist Milton Friedman argued in 1970 that “the doctrine of social responsibility is frequently a cloak for actions that are justified on other grounds rather than a reason for those actions”. There can be a subtle use of CSR to brush off bad reputation as well as camouflaging of the dark acts in marketing.

CSR has been peripheral in most organisations and is not woven into the fabric of the business. Even as annual CSR spend is on the rise, the impact on the ground and effective deployment of funds remain a matter of debate. It is not necessarily always transparent and mission oriented and there may be strings attached terms that dictate exactly where and how it must be used. Sometimes, it is driven by a need to improve brand reputation and even worse, CSR could be a moral counter-balance for practices that have had direct negative impacts on the poor. Corporate social responsibility often masks and smokescreens corporate irresponsibility aid conditionality and treaty commitments have significantly constrained policymaking. Reporting requirements are onerous and often impose huge administrative burdens for organisations which must devote the scarce skills of educated, English-speaking personnel for writing reports for donors rather than running programmes.

It is wise to remind ourselves again of the advice of Henry Ford: “A business absolutely devoted to service will have only one worry about profits. They will be embarrassingly large.”