The government recently talked to the e-commerce companies and asked them to work with small traders as well as Ciat. 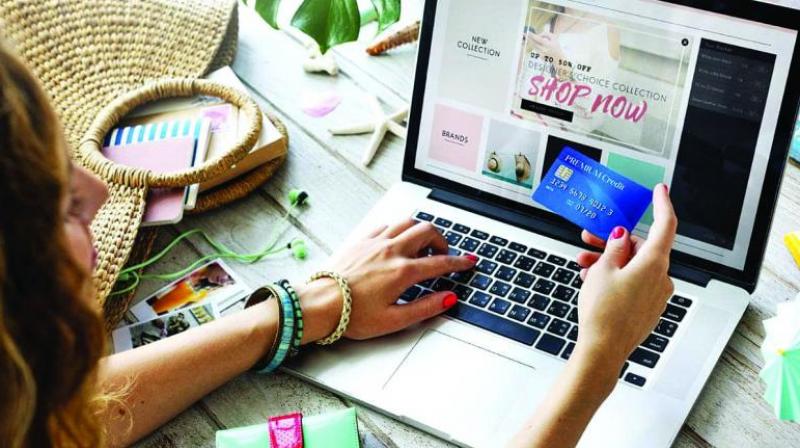 However, after bringing retail trade under the Department of Industrial Policy and Promotion, the government did not find an immediate need to constitute a regulatory authority.

Chennai: The government is keen to have an ombudsman for e-commerce, but is not looking at constituting an independent regulator for the sector.

Some time back, the stakeholders of retail trade had demanded constitution of a regulatory authority for the e-commerce sector on the lines of Telecom Regulatory Auth-ority of India (Trai) and Insurance Regulatory Auhority of India (Irdai). Considering the growth of the sector in recent years and the increasing complexities in the trade, the stakeholders had asked for an independent regulator, who could formulate policies for the sector and address its issues.

However, after bringing retail trade under the Department of Industrial Policy and Promotion, the government did not find an immediate need to constitute a regulatory authority.

“Hence we requested the government to nominate an ombudsman for the e-commerce sector. Though, the ombudsman will not have powers to formulate policies on behalf of the sector, it will look into the complaints of the industry and will have the authority to take up issues suo moto,” said Praveen Khandelwal, Secretary Ge-neral of the Confederation of All India Traders (Cait.)

According to sources, the government is seriously looking into the suggestion and is expected to include this in the e-commerce policy, the draft of which is likely to be issued by year-end. The ombudsman will not have policy-making authority, but will address the grievances and ensure that the companies comply with sectoral laws.

Cait has been raising several complaints against the e-commerce companies pertaining to alleged violation of FDI norms, predatory pricing and deep discounting. “The e-commerce biggies are circumventing the law, causing huge GST and income-tax revenue loss to the government, grossly manipulating for controlling inventory and bypassing the FDI policy,” said Khandelwal.

In separate instances, Cait had knocked doors of the judiciary, Competition Commissionof India, Finance Ministry and the Prime Minister’s Office, seeking redressal of its grievances.

“The government has taken cognizance of these issues and it wants to address them,’ he added. The government recently talked to the e-commerce companies and asked them to work with small traders as well as Ciat.

Commenting on this Amazon spokesperson said: “Amazon works closely with over 5.5 lakh sellers...out of which significant number of sellers also have an offline store presence in their local market. Furthermore, to have a meaningful and positive impact on store owners from tier II and tier III towns, we introduced initiatives such as Amazon Easy and I Have Space.”