Executives from across the sector also asked the government to provide incentives to scrap old vehicles. 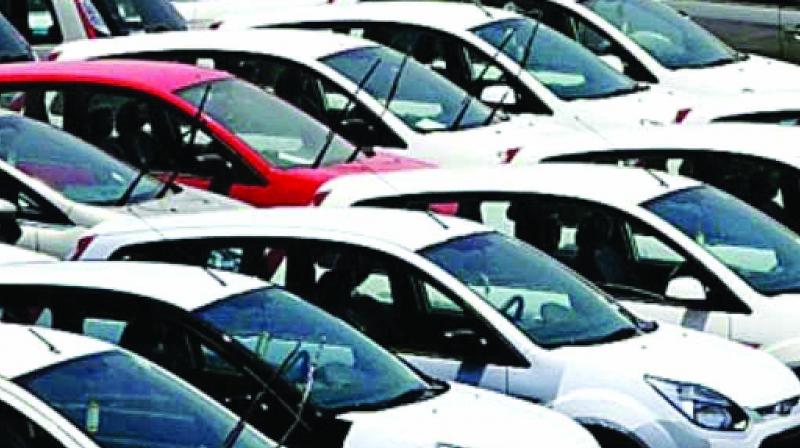 The auto sector contributes more than 7 per cent of India’s GDP, is facing one of its worst downturns.

New Delhi: India’s auto industry demanded tax cuts and easier access to finance for dealers and buyers at a meeting with Indian government officials on Wednesday to discuss the sector’s woes, sources said, in an effort to revive sales that have slumped.

Executives from across the sector also asked the government to provide incentives to scrap old vehicles, which they said would help boost sales, and urged officials to reconsider a proposal to hike registration fees for automobiles as it would hurt demand, the two sources said.

Arvind Sawant, minister for heavy industries, who attended the meeting, told reporters that the government had heard the industry’s concerns but needed more meetings before making any decisions.

“We have not given any immediate solution. We have listened to them,” he said, adding that officials would come up with a solution soon.

Representatives from the auto, auto components and dealers trade bodies as well as officials from the ministries of finance, heavy industries and road transport were also present.

The auto sector, which contributes more than 7 per cent of India’s GDP, is facing one of its worst downturns. Passenger vehicle sales have dropped for nine straight months through July, with some automakers suffering year-on-year declines of more than 30 per cent in recent months.

“Currently we are going through one of the biggest slowdowns that we have seen in recent times,” Pawan Goenka, managing director at automaker Mahindra said earlier on Wednesday after the company reported a quarterly profit.

Goenka, who said this is the worst Indian autos market since 2001, warned of a “huge danger” of job losses and sought government intervention.

Motorbike maker Yamaha Motor and auto components makers including France’s Valeo and Subros have laid off about 1,700 temporary workers in India, Reuters reported on Tuesday.

The auto executives urged the government to cut taxes on cars and auto components to 18 per cent from 28 per cent and sought help to prod banks to lower lending rates and make the loan terms more lenient, one of the sources said.

While several factors have contributed to the slump, a deepening liquidity crunch among India’s shadow banks that lend to the companies, dealers and car buyers has been the biggest single factor hurting sales.

On Wednesday, the Reserve Bank of India (RBI) lowered its benchmark interest rate for a fourth straight time, slicing 35 basis points off the repo rate to bring it down to 5.40 per cent.

For the auto industry, though, the concern is that the banks and shadow lenders will not cut their lending rates by as much as the RBI because the lenders are overburdened by bad debts or finding it difficult to borrow.

The executives also asked the government to go slow on its electric vehicles plan. They said that while the industry would like to switch to clean fuel technology the aggressive push was delaying purchases by buyers who fear gasoline vehicles could be banned, the sources said.