Business   In Other News  08 Aug 2017  'No doc with ICAO to show VT on planes is Victoria Territory'
Business, In Other News

Raju's reply came to a question on whether VT painted on tails of planes stands for Victoria Territory. 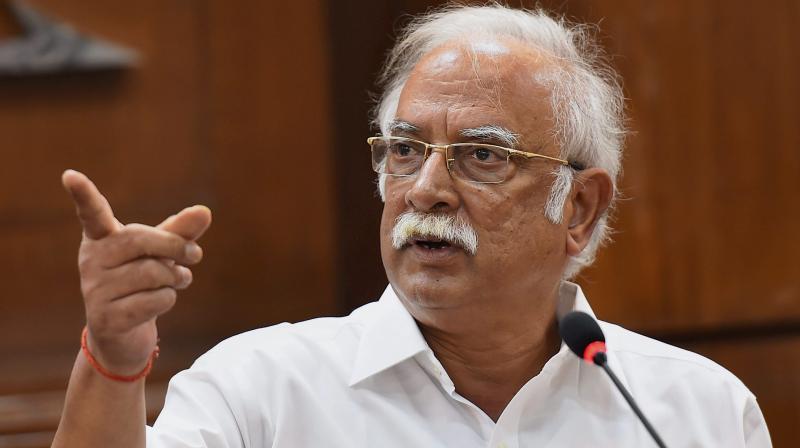 New Delhi: There is no document with the International Civil Aviation Organisation to show that VT symbol on Indian planes stands for Victoria Territory, Union Minister Ashok Gajapathi Raju said on Tuesday.

In a written reply to the Rajya Sabha, the civil aviation minister said VT symbol was allotted to India by the International Telecommunications Union (ITU) before Independence and it was entered in supplement to Annex 7 since its first publication in July 1949.

"There is no document in the ICAO to show that VT stands for Victoria Territory," he said.

Further, Raju said VT symbol was also recorded in the provisional ICAO's recommendations for the Standards, Practices and Procedures for Airworthiness and for Aircraft Nationality and Registration Marks in May 1946. His reply came to a question on whether VT stands for Victoria Territory.

To a query on whether there is any plan to mention the full form of the abbreviation VT prominently painted in the tail of all Indian aircraft, Raju replied in the negative.

A specialised agency of the United Nations, the ICAO manages administration and governance of the Convention on International Civil Aviation (Chicago Convention).

The ICAO works with the Convention's 191 member states and industry groups to reach consensus on international civil aviation standards and recommended practices (SARPs), its website shows.