Business   In Other News  08 May 2020  IndiGo to cut salaries of senior employees from May
Business, In Other News

IndiGo to cut salaries of senior employees from May

IndiGo announced pay cuts for its senior employees on 19 March, it had rolled them back on 23 April in deference to government's wishes 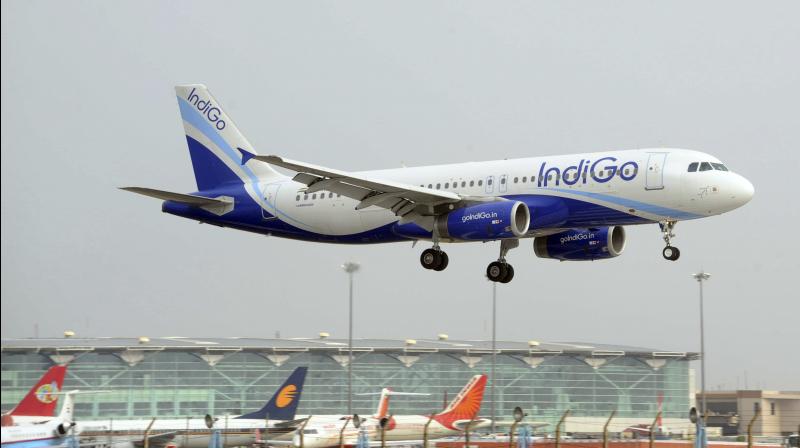 New Delhi: IndiGo will be cutting the salaries of senior employees from May onwards and also implement a "limited, graded leave without pay program" for the months of May, June and July, its CEO Ronojoy Dutta said on Friday.

India has been under lockdown since 25 March to curb the coronavirus pandemic. The aviation industry is in a complete lockdown with bookings being cancelled until any further orders. As a result, revenues of the Indian aviation industry have been hit hard.

"While we had paid employee salaries in full for the months of March and April, I am afraid that we are left with no option but to implement the originally announced pay-cuts from the month of May 2020," Dutta told employees through an email, which has been accessed by PTI.

While IndiGo had announced pay cuts for its senior employees on 19 March, it had rolled them back on 23 April in deference to the "government's wishes".

On Friday, Dutta said in his email: "In addition (to pay cuts), given the gradual build-up of capacity, I am afraid we have to take the additional painful step of implementing a limited, graded leave without pay program for the months of May, June and July."

"This leave without pay will range from 1.5 days to 5 days depending on the employee group. While doing so, we will make sure that Level A employees, who form a majority of our workforce will not be impacted," he said.

He had announced on 19 March that the airline was instituting pay cuts for senior employees and he would himself take the highest cut of 25 percent amid the COVID-19 pandemic that has hit the aviation industry hard.